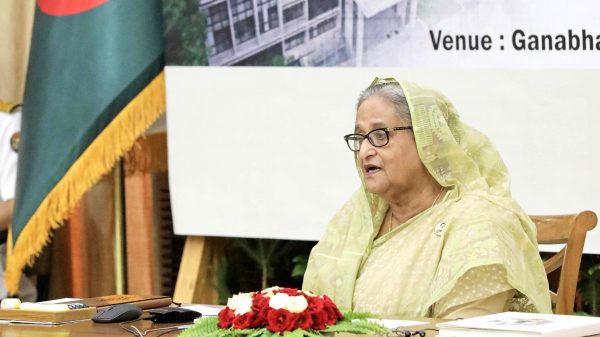 Prime Minister Sheikh Hasina today urged international community to play more active role in Rohingya repatriation to their homeland, realising the huge burden of over one million displaced Myanmar nationals on Bangladesh under the fallout of Coronavirus and Russia-Ukraine war.

“Rohingyas are huge burden for us. All the countries are facing difficulties due to Coronavirus and Russia-Ukraine war. So, all should realise Bangladesh’s difficulties to tackle another burden of Rohingyas as it has also a population of 16.50 crore,” she said.

The premier said this while virtually inaugurating the newly constructed 8-storey building of the Foreign Ministry and conferring “Bangabandhu Medal for Diplomatic Excellence”, from her official Ganabhaban residence here.

The Ministry of Foreign Affairs (MOFA) organised the programme at the Hall Room of its newly constructed building in the city.

The prime minister said Rohingyas can return to their motherland, if the international organisations and countries play a more active role in this regard.

She said Bangladesh has sheltered Rohingyas on humanitarian ground and four years have already passed.

The Rohingyas also have human rights to live in a better place instead of camps and their children can be brought up in a dignified atmosphere at their homeland, she said, adding: “The international community should realise it.”

Sheikh Hasina said the entire world is now being rattled due to the impact of Coronavirus and Russia-Ukraine war.

“We’re unfortunate today when the condition of the people of the world is worsening in the wake of the Coronavirus and Russia-Ukraine war, the USA has imposed sanctions on Russia which aggravates the uncertainty in getting imported goods alongside increasing all costs. The transportation costs have also increased,” she said.

The people of Bangladesh have not only been affected by its impact, it also put effect on the people of the whole world that included America, Europe and England, she said.

“The global people have to suffer (due to the Russia-Ukraine war and the sanction on Russia). All including the developed countries should take the matter into their consideration. America should do the same as the people of their country are also suffering from it,” she added.

The prime minister posed a question that how much the country (Russia) is affected on which the sanction was imposed?

“Common people of the low-income countries even the developed countries have been bearing the brunt (due to war and sanction). No country or nation can be controlled by imposing ban and you (America) must realise it now and the impact of banning also falls upon your people,” she continued.

So, the sanction should be lifted to ease the transportation of goods to make sure uninterrupted imports and exports, she opined.

In this context, the prime minister said Bangladesh has given topmost priority on growing more food so it can be self-reliant on food production and help other countries to this end, reiterating her urge to the countrymen to bring every inch of land under cultivation.

But, the fact is that the production requires fertilizer and diesel which Bangladesh is not getting, she said.

“What is the meaning of giving pain to the people in such ways? I must say this is tantamount to violating human rights and it is not proper to deprive people of their rights,” she said, hoping that the move to punish a country should be given up, otherwise the people of the entire world would be punished.

Sheikh Hasina stressed the need for economic diplomacy alongside the political one to ensure the country’s overall development.

“We have to give importance to economic diplomacy along with political diplomacy as the world now turns into a global village and we are dependent on one another. So, we have to work in unison to ensure the development of the people,” she said.

The prime minister said her government has been following the foreign policy, “Friendship to all, malice to none,” formulated by Father of the Nation Bangabandhu Sheikh Mujibur Rahman as her government’s topmost priority is to make socio-economic development of the countrymen.

“We have to expedite the country’s development spree maintaining good relations with all,” she said, referring to executing the Land Boundary Agreement (LBA) and ensuring proper share of the Ganges water from India establishing rights on a vast sea area and its resources winning legal battle against neighbouring India and Myanmar.

The premier said it is rare in world history to solve the problem of chhitmohals (enclaves) between two neighbouring countries in a peaceful manner as many countries are engaged in war over the issue.

She asked all concerned to make sure that Bangladesh would not be dependent on others, rather it should move in the world with keeping its head high as a victorious nation and give importance to these things in the foreign policy.

In this connection, she referred to Bangladesh’s stance on building the Padma Bridge with own finance after the World Bank’s withdrawal of funding the project bringing false allegations of corruption which later proved baseless through a Canadian court verdict.

Sultana Laila Hossain and her team were awarded for their role in bring back stranded Bangladeshis in Ukraine to home immediately after breakout Russia-Ukraine war while Ito Naoki for taking Bangladesh-Japan relations to a newer height.

On behalf of the prime minister, Foreign Minister Dr. A. K. Abdul Momen handed over the certificates to the awardees.

The award recipients expressed their feelings on awarding the medal joining the programme virtually.

The prime minister also unveiled a book titled “Bangabandhu Corners around the World” and formally launched identical websites for all Bangladesh missions abroad.

An audio-visual presentation on the newly constructed 8-storey building of the Foreign Ministry and “Bangabandhu Medal for Diplomatic Excellence” was also made at the function. 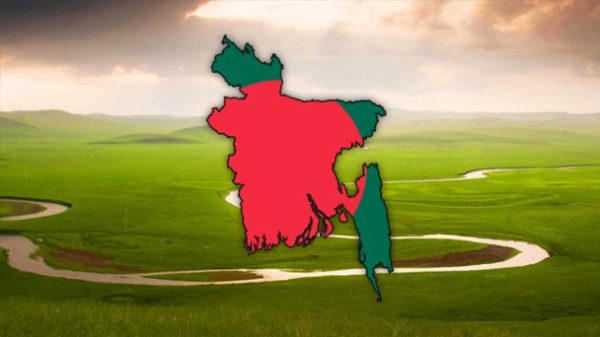