realme to choose their new face through an inter-university campaign 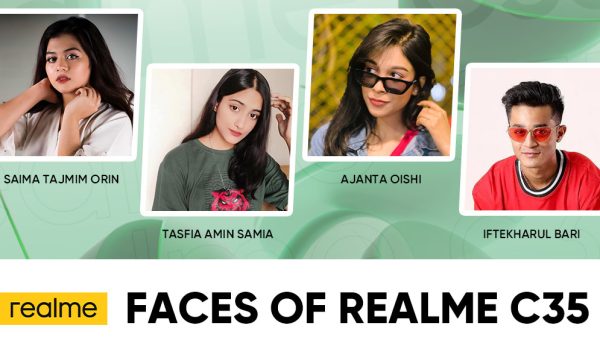 Youth-favorite brand realme is hosting a campus engagement campaign that started on May 22, 2022 to choose the newest face of realme from among the youth.

This innovative campaign has been introduced as a way of promoting their newest launch – realme C35, with an aim to connect the young and rising university students with the smartphone’s glamour and aesthetics.

As a part of this campaign, university students were asked to share their photos, among which 10 were selected.

The 10 students then had to compete, among which four students were selected for the final round. Finally, those four students, will be chosen as the new face of realme C35.

These four students will play the role of brand ambassadors inside their campuses as well as in other events. They will also inform student about career development initiatives by the brand.

The youth-favorite brand asked for the participation of university students from all over the country through an online call to action. University clubs such as North South University Shangskritik Shangathan (NSUSS) and ULAB Digital Marketing club participated in this promotion.

More than a total of 563 students from 13 universities located countrywide took part in this contest that reached around 30,000 people.

Among them, 10 best candidates were chosen for public voting to shortlist the final four. After a three-day long voting of approximately 6000 people, four winners to compete for becoming the face of realme C35 were chosen, who were also awarded a realme C35 smartphone.

Moreover, all 10 participants will stay connected with realme for future activities to be held at different universities of Bangladesh.

Tim Shao, Managing Director of realme Bangladesh, said, “realme is a brand that extensively focuses on enabling the youth of the country.

The youth are the drivers of a better future; hence, it is our responsibility to nurture, facilitate and motivate them. This campaign of finding the face of realme from among the country’s youth can be considered to be the first step to do so.”

realme firmly believes in the youth’s significant contribution in driving changes and breaking barriers towards ensuring a better future.

This is why, realme has decided to work with the charismatic university students all around the country to give them a platform to rise.

realme wishes to achieve its motto, ‘Dare to Leap,’ by instilling the daring spirit in the youth.