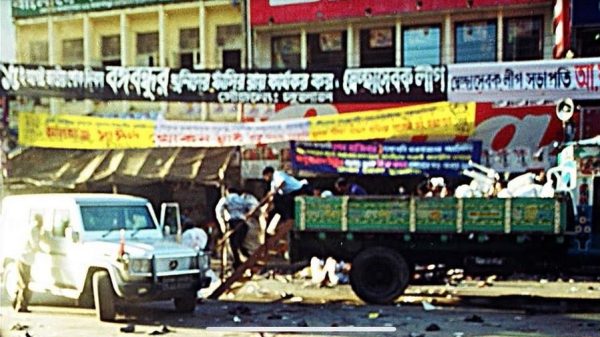 Bangladesh’s history recorded the August 21, 2004 grenade attack on incumbent Prime Minister and the then opposition leader Sheikh Hasina as one of the most gruesome incidents, killing 24 people and wounding 500 others visibly to change the country’s political course.

Sheikh Hasina, who was assailants’ key-target, narrowly escaped the attack at the carnage scene at Bangabandhu Avenue where the killers exploded 8 arges grenades, though several unexploded ones were found later near the scene.

According to the case records and investigation documents, some 45 seconds starting from 5.18 pm were the moments when the attack was carried out while Sheikh Hasina and senior party leaders along with the two ex-officers were on a truck, which was used as the makeshift stage for the rally.

The following is the brief description of the moments, recaptured as the crucial 45 seconds, in the investigation process.