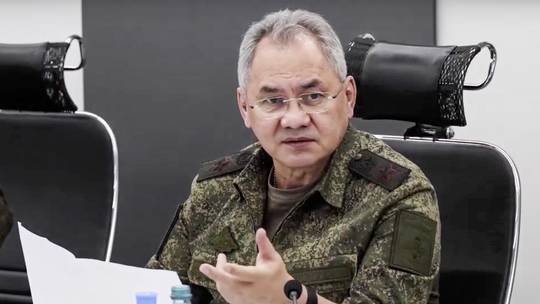 Moscow has accused Ukraine of shelling the Zaporozhye facility, while Kiev and the EU blame Russia.
Russian Defense Minister Sergey Shoigu held a telephone conversation with UN Secretary General Antonio Guterres on Monday regarding safety at the Zaporozhye nuclear power plant. Russia, which controls the plant, has accused Ukraine of shelling the facility, while Ukraine and its Western backers insist the Russians are attacking territory that they themselves hold.

Shoigu and Guterres discussed “conditions for the safe functioning of the Zaporozhye nuclear power plant,” a statement from the Russian Ministry of Defense read.

Located in the city of Energodar in southern Ukraine, the Zaporozhye facility is the largest nuclear plant in Europe. It has been under Russian control since the beginning of Moscow’s military operation in Ukraine but has been subjected to a series of attacks in recent weeks.

Russia has accused Ukraine of launching artillery and drone strikes on the facility, denouncing the operations as “nuclear terrorism.” Kiev, however, claims that Russian forces are targeting the plant – that they control – and pinning the attacks on the Ukrainian military.

The US State Department has taken Ukraine’s side, and called on Russian forces to withdraw from the area. Guterres has made a similar request, calling for the establishment of a demilitarized zone around the plant but without singling out Russian or Ukrainian forces.

The EU published a statement on Sunday accusing the Russian military of attacking Zaporozhye, preventing the plant’s safe maintenance.

Russian Foreign Ministry spokeswoman Maria Zakharova accused the EU of “blatantly lying,” saying that it is “undeniable that the attacks on the station and Energodar are carried out by Ukrainian armed groups acting on orders from Kiev.” Zakharova said the supposed Russian threat to the plant is being fabricated to allow Ukraine to prevent International Atomic Energy Agency (IAEA) inspectors from accessing the facility.

Vladimir Rogov, a member of the Zaporozhye military-civil administration, told RT on Monday that Ukrainian and UN officials want to keep the IAEA team away from Zaporozhye, because if they visited the plant they would conclude that it had been shelled by Kiev’s forces.

“It is obvious, it’s all been documented, and not only that, it’s also well known who is being supplied with American guided missiles,” Rogov said. “Obviously, not Russia, but the Zelensky regime.”

Russia has previously appealed to the UN and IAEA  to intervene and force Ukraine to cease firing on the plant.