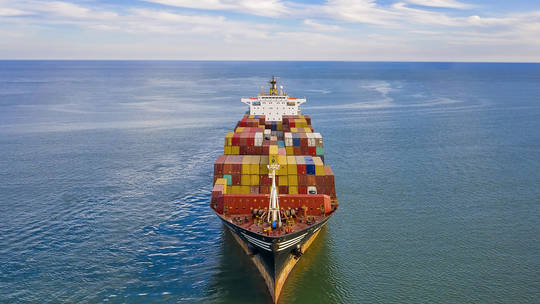 The countries have reportedly launched new sea corridors to ramp up economic cooperation.

Russian companies have organized regular chartered ships to ensure the supply of much-needed goods, such as raw materials, to China and India, industry insiders told the Global Times on Thursday.

According to the sources, continuous disruptions due to the Western sanctions prompted the move.

A person close to the matter told the outlet that Russian freight shipper Inteco and China-based Swift Transport Group have jointly created liner operating subsidiaries to offer container shipping services between Vostochny in Russia’s Far East and port cities in China. The source described it as a response to the rising demand for smooth and safe trade between the two countries.

Beijing and New Delhi have opposed the Western sanctions on Moscow, and say they will continue normal economic and trade cooperation with Russia. The volume of trade picked up significantly this year, with the two nations ramping up imports of discounted Russian energy. Customs data shows that China spent around $19 billion on Russian oil, gas, and coal in the three months to the end of May, almost double the amount a year earlier. India shelled out $5.1 billion in the same period, more than five times the value of a year ago.