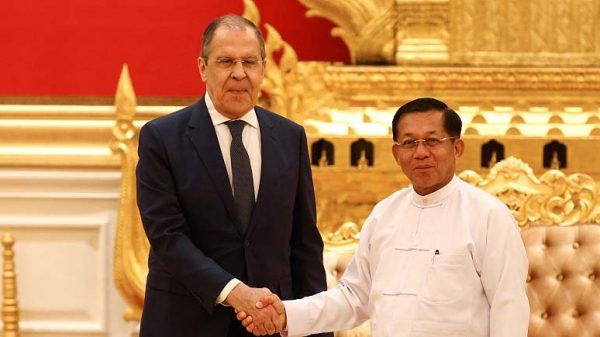 Foreign Minister Sergey Lavrov’s opening remarks at a meeting with Chairman of the State Administrative Council and Prime Minister of the Provisional Government of Myanmar Min Aung Hlaing, Nay Pyi Taw on August 3, 2022.

Thank you for the reception and your hospitality that we felt as soon as we arrived in your country.

We always talk as good friends and strategic partners. Our colleagues fully understand this. You mentioned that Russian representatives rarely visit Myanmar. We have felt this as well and are trying to improve the situation. 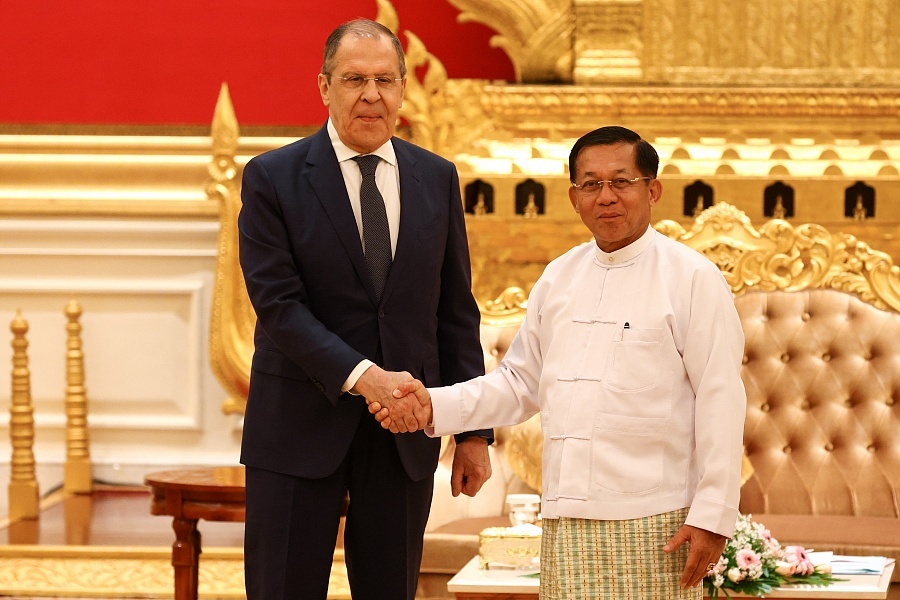 Our contacts have been developing intensively with your support, Mr Chairman. A regular session of the Russia-Myanmar Intergovernmental Commission on Trade and Economic Cooperation will soon take place in the Republic.

A meeting of the Commission on Military-Technical Cooperation is scheduled to take place in Russia in August. A working group on energy was established at the St Petersburg International Economic Forum, which was attended by a delegation from Myanmar. Our ties are becoming more intensive. 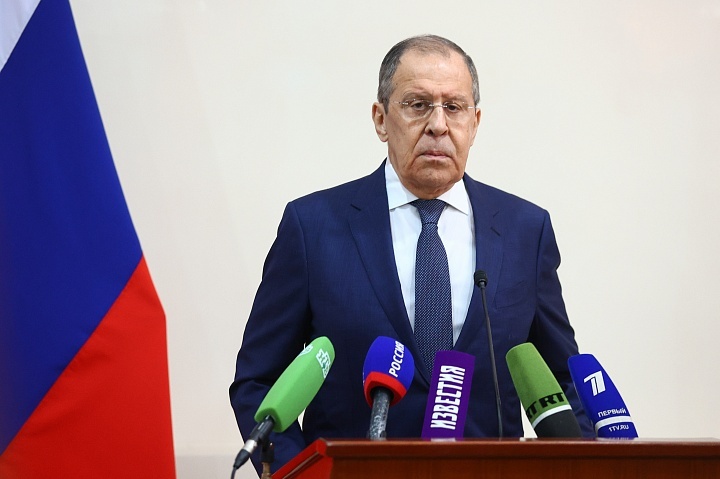 On August 3, Minister of Foreign Affairs of the Russian Federation Sergey Lavrov visited the Republic of the Union of Myanmar where he was received by the Chairman of the State Administrative Council, Prime Minister of the Provisional Government, Min Aung Hlaing. He also held talks with Foreign Minister Wunna Maung Lwin.

Sergey Lavrov and Min Aung Hlaing had an in-depth discussion of the geopolitical situation that is emerging against the background of the unprecedented sanctions campaign unleashed by the collective West both against Russia and against Myanmar. He confirmed the need for coordinated steps to strengthen a multipolar world order based on the equality of all members of the international community, respect for the UN Charter and the standards and principles of international law.

A wide range of issues related to Russia-Myanmar relations were discussed, including the political dialogue, trade and investment relations, interaction in defence and security, and humanitarian exchange. The parties reached an understanding that the practical aspects of cooperation will be discussed at the third meeting of the Russian-Myanmar Intergovernmental Commission on Trade and Economic Cooperation scheduled for the second half of the year.

Sergey Lavrov and Wunna Maung Lwin reaffirmed their close or overlapping positions on key regional and global issues, as well as their willingness to strengthen coordination in the international arena. In order to further intensify the dialogue between foreign ministries, a Plan for Consultations for 2022-2024 was signed between the ministries of foreign affairs of Russia and the Republic of the Union of Myanmar.

During the visit, Myanmar was officially given 500 Russian-made monkeypox test kits as humanitarian assistance.

The meetings in Nay Pyi Taw were held in a constructive and friendly atmosphere, traditional for relations between the two countries, which in 2023 will mark 75 years since being established.

We held good talks with our colleagues from Myanmar. This year, we have intensively developed contacts in all areas. Our mechanisms for cooperation include the trade, economic, military, military-technical, humanitarian and education fields.

Today, we discussed our positive progress. In 2021, our trade went up by 20 percent to $430 million, and it has increased another 50 percent in the first five months of this year (over 2021). There is every indication that the current pace will continue. We will do all we can to facilitate this.

We have good potential in the energy industry, including nuclear energy. Rosatom State Corporation is working with its partners on using nuclear technology for non-energy purposes. This applies to ICT and traditional hydrocarbons. Bashneft maintains strong cooperation with its Myanmar partners. Roscosmos is creating infrastructure for the remote probing of the Earth’s surface in cooperation with its Myanmar colleagues. Other key industries are also making steady headway.

The two countries have traditionally maintained regular military contact. The Russian Defence Ministry plans to hold a number of events in August, including the International Security Conference, the International Army Games and the Army-2022 International Forum. As in previous years, we invited our Myanmar colleagues to take part in all of these meetings and events.

We look forward to seeing a representative delegation from Myanmar at the Eastern Economic Forum in Vladivostok (September 5-8 of this year). The republic’s ministries were represented at the St Petersburg forum (June 15-18) by top executives.

We are developing humanitarian contacts, as well as education and training of civilian and military professions including at the Interior Ministry level. Our colleagues are increasingly interested in learning the Russian language, which is taught at two universities in Myanmar. We plan to establish one more Russian centre in the Yangon University of Foreign Languages. We and our partners in Myanmar are reviewing many cultural and humanitarian projects.

A Myanmarese religious and cultural centre was opened in the Kaluga Region. We are working to establish a parish of the Patriarchal Exarchate of the Russian Orthodox Church in Southeast Asia and build a temple in Yangon, the country’s biggest city (our colleagues have confirmed their consent for this today). Our compatriots living in the republic will welcome this.

We talked about the need to coordinate positions in the international arena. We are closely cooperating at the UN and in the context of ASEAN-Russia relations. We reaffirmed our high assessment of Myanmar’s firm positions in the world arena as regards unconditional respect for the UN Charter and the principle of the sovereign equality of states.

The republic occupies a balanced and responsible position on the situation in Ukraine, being fully aware of the reasons for these developments, notably, the West’s striving to dictate its will to all and everyone and do whatever it wants in any part of the world.