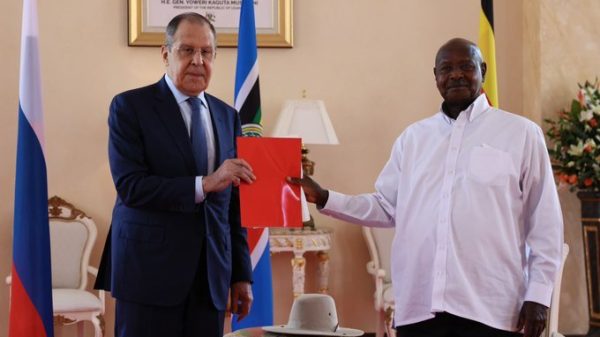 The Russian Foreign Minister thoroughly informed the Congolese leaders about the goals and objectives of the special military operation to protect the republics of Donbass, as well as about the current status of global food security in light of the corresponding package of agreements reached in Istanbul on July 22.

When discussing the range of issues on further strengthening traditionally friendly Russian-Congolese relations, the parties confirmed Moscow and Brazzaville’s commitment to deepen the political dialogue and to build up cooperation in international affairs. The issue of reforming the UN was reviewed from overlapping and consonant positions with an emphasis on increasing the representation of the developing countries, including African countries, in the Security Council. Pressing African problems were touched on, including the situation in the Great Lakes Region and other African hot spots. Special attention was paid to advancing a Libyan settlement with consideration for the role and efforts of Denis Sassou Nguesso as Chair of the African Union High-Level Committee on Libya.

The parties pointed out the extensive potential for expanding mutually beneficial cooperation between Russia and the Republic of the Congo in the fuel-and-energy and mineral sectors as well as in the construction of infrastructure, and they highlighted the prospects for promoting high-tech projects, including in the peaceful use of nuclear power, digital services in the service sector, municipal government, and agriculture technology. Mutual interest in deepening educational and cultural ties was reiterated. The ministers compared notes on the agenda of the 6th meeting of the Russian-Congolese Mixed Intergovernmental Commission on Economic, Scientific and Technical Cooperation and Trade which will be held in Brazzaville on September 21-23.

A consolidated opinion was expressed to the effect that the second Russia-Africa summit in mid-2023 will provide a unique opportunity to identify specific long-term and strategically important areas for a dynamic increase in the volume of multifaceted partnership between the Russian Federation and the African countries, as well as its multilateral agencies based on the principles of the sovereign equality of states, mutual respect and consideration for each other’s interests.

Foreign Minister’s Sergey Lavrov’s remarks and answers to media questions following his visit to the Republic of the Congo, Oyo, July 25, 2022 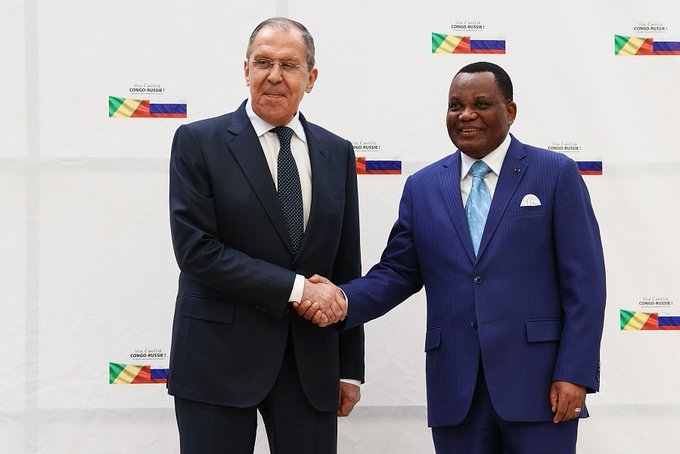 I would like to express my gratitude to the leaders of the Republic of the Congo for their remarkable hospitality and the atmosphere of attention and care they have created for our delegation.

The relationship between our countries is based on the rich history of friendship, cooperation and mutual assistance and is being built on the principles of equality, respect for each other’s interests and interaction in the world arena in compliance with the provisions of the UN Charter.

Today, we looked at what needs to be done to enhance the resource potential of our cooperation. Economic cooperation has good prospects, including in such areas as hydrocarbons and in the energy, transport infrastructure and telecommunications sectors. Several Russian companies have already started operating in the Republic of the Congo while others are showing an interest in that. Today, we saw that the idea of developing new projects received a positive response. Specific areas [of cooperation] discussed during the talks will be elaborated on in time for the next meeting of the Intergovernmental Russian-Congolese Mixed Commission for Economic, Scientific and Technical Cooperation and Trade, which will take place in Brazzaville in late September 2022. Both parties also showed an interest in stepping up military and technical cooperation.

Russia will continue providing assistance to the Republic of the Congo in training specialists. We have significantly increased the number of scholarships allocated to students from that country by Russian universities – currently, there are 150 students. In all, since our cooperation started, over 8,000 Congolese students have received an education in our country, including Foreign Minister of the Republic of the Congo Jean-Claude Gakosso.

In the context of various pandemics spreading around the globe, we expressed an interest in developing a new form of cooperation, namely, creating a joint laboratory to study and prevent dangerous infectious diseases. In this connection, we handed humanitarian aid – test kits to diagnose monkeypox – to our friends.