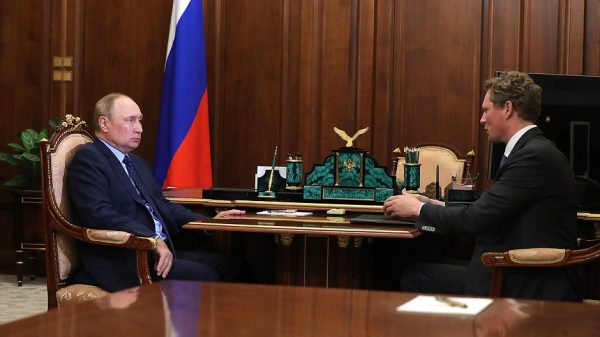 Vladimir Putin had a working meeting with Head of the Federal Taxation Service Daniil Yegorov who reported to the President on the agency’s performance in the first six months of 2022 on August 25 2022. 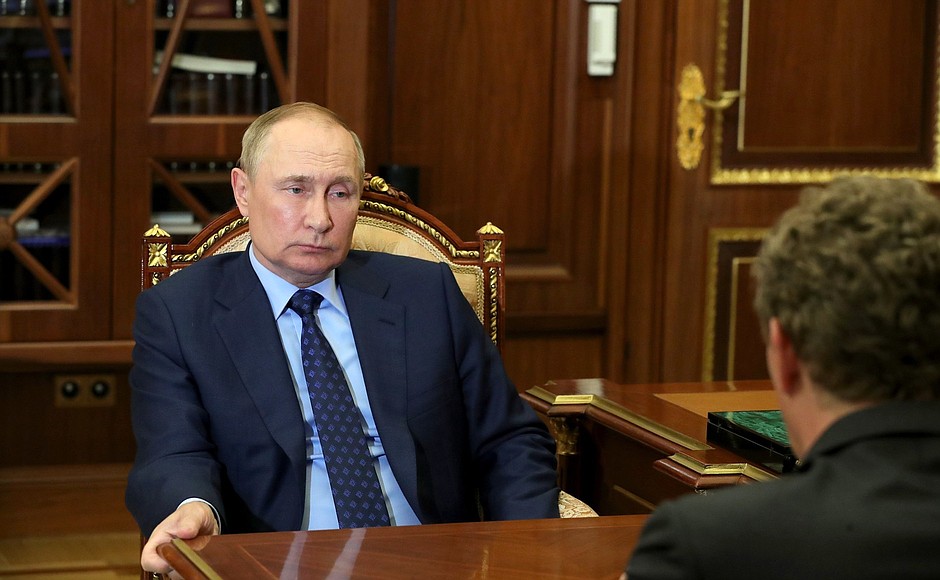 President of Russia Vladimir Putin: Mr Yegorov, despite the challenges that our ill-wishers and those who envy us are trying to create, we have been able to keep up the pace in generating budget revenues. Oil and gas revenues have been growing, and non-oil and gas proceeds rose as well, which is especially gratifying. I think that there has been a 24 percent increase lately. All this demonstrates that the economic indicators have stabilised, at least for now. We understand the risks and the challenges we may face in the medium term – they are still there, and we know this.

Still, I would like to hear your overall assessment of the situation with the budget revenues and whether everything is going as planned.

If you will allow me, I would like to begin by reporting on our performance in the first six months of the year. Compared to the first half of 2021, our consolidated budget increased by 32 percent, which amounts to an increase of 4.1 trillion rubles. Of course, oil and gas revenues and the market fluctuations played a major role in achieving these results. However, you were right to note that non-oil and gas revenues increased by 24 percent, which amounts to 2 trillion rubles, by the way.

Here, it is worth noting that the situation where the question arose of whether the economy had the liquidity it needed to enable the banking sector to reorganise, together with the assistance that was provided and the measures that were taken, all this helped companies obtain funds, while efforts to help people supported demand. Accordingly, even when we look at income tax, the proceeds are coming in at a steady pace, up 14 percent year-on-year.

Another important thing to note here has to do with the solutions we have implemented. Above all, they enabled us to make tax deductions sooner, since we believed that it was essential that people get their income tax refunds as soon as possible. We reduced this timeframe from three months down to 12 days for most refunds. About 80 percent of deductions compared to last year have been paid out already.

We also have solutions for companies. Refunding VAT has always been a major challenge for us. Checking that everything is transparent and correct used to take quite some time. The technology we use for tax administration purposes is already helping companies. We paid 750 billion out of 900 billion rubles in VAT refunds within eight days. This means that companies are getting money they can use in their everyday transactions.

Moreover, in the first six months of the year, we launched two major projects. The first one was the reform you supported regarding the cash register equipment. It played quite an important role in terms of tax administration. In addition, we can all now benefit from receiving information in real time. In fact, online, we can watch what is going on in the retail sector.

Our next step was to create a new tax system. We have done this; it is operating in a pilot mode. The idea was to work out a tool, in cooperation with credit institutions under the auspices of the Finance Ministry, which books companies’ bank account transactions and cash transactions simultaneously. As a result, they no longer have to report their financial details to us; it is the other way around because we draft the reports for them, and all they have to do is approve them or adjust if necessary. This is what was launched today. This system collects data from cash registers and from the self-employment system – by the way, it now involves more than 5.3 million people and is a great help to them, fully legal, easy and simple.

The next project, I think, is very important, because it is a part of our architecture. As taxpayers – not only Russian taxpayers, by the way – we have become hostages to the state budget system, in a sense, because we need to direct our taxes to specific “cells” of the budget, that is, with specific budget classification codes. This has to be done for every tax, in every municipality or region, or the federal budget, and there is an endless number of payments. Here is what we managed to do in cooperation with the Treasury and with the methodological assistance of the Finance Ministry – we open one account, and people no longer have to worry which tax goes where.

It is going to be one payment, one account, and in fact, this whole system will be reduced to one bank account for a company. No more problems with tax credit, no more unidentified payments – we used to have over 30 million unidentified payments a year – that will all be history. And the tax refund – in the event of an overpayment, the company will be able to get a refund within 24 hours. In fact, the company will run its tax account in the same way it handles any bank account.

The single tax accounts – thank you so much for signing this law – have been launched in pilot mode, and starting next year, all companies around the country will transition to this unified and simplified payment system, which will seriously reduce businesses’ costs. 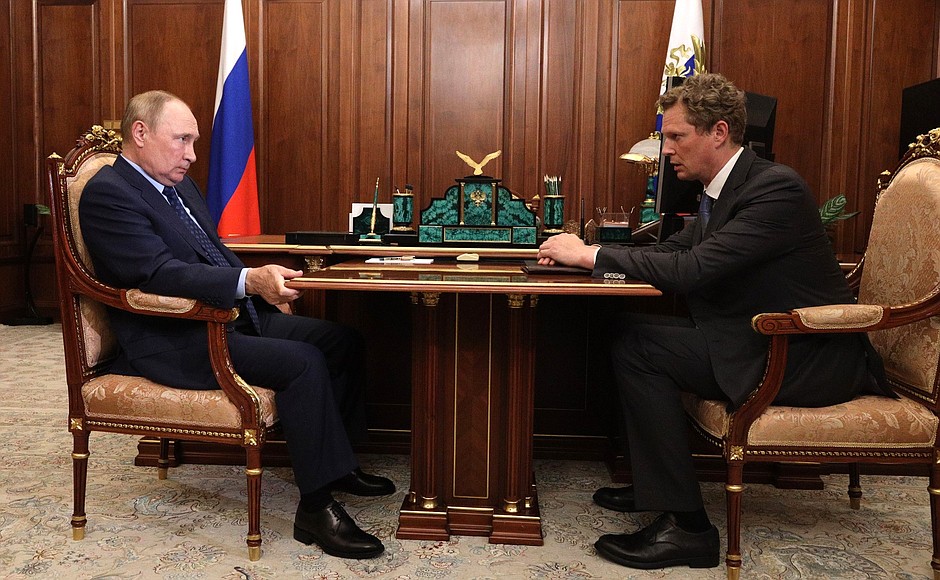 Vladimir Putin: You also wanted to report on small business.

Dmitry Yegorov: Yes, about small businesses. This tax regime I was talking about – I would say, it is perfect for micro-enterprises. Because the upper bracket is 60 million rubles in revenue and five employees.

Vladimir Putin: And you are expediting this procedure?

Dmitry Yegorov: We are not just expediting it. Just imagine, they no longer have to bother with social security payments, it will all be within a single system, and income tax will be deducted by the banking system. This way companies will save on tax accounting, because we are doing this for them now.

This is a fundamental change, and the world has nothing to compare with this taxation system. Moreover, using it is voluntary. That is why we want businesses to assess this tax regime. If they like it… It has been applied in four pilot regions for six months, and from 2023, it will be launched throughout the country.