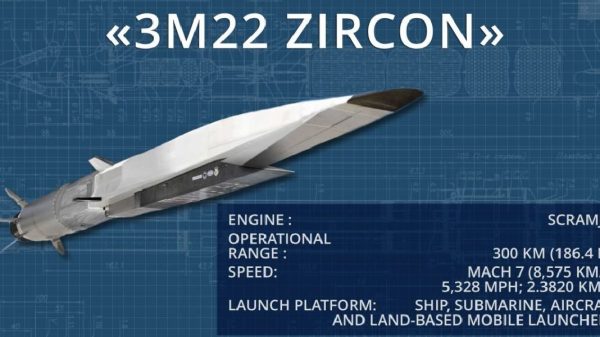 Dhaka May 28 2022 :
The Zircon or 3M22 is a Russian hypersonic anti-ship cruise missile and is part of the 3K22 “Zircon” complex. The way this rocket fundamentally differs from other anti-ship missiles is that it has a much higher flight speed, capable of reaching Mach 8 (ie, eight times the speed of sound).
The frigate Admiral Gorshkov performed a test launch of the Zircon in the Barents Sea and the hypersonic missile hit a sea target at a range of about 1,000km, the Russian Defence Ministry said on Saturday. 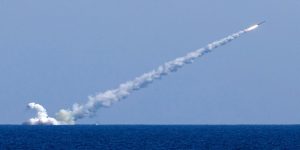 “Today, the lead frigate of Project 22350, Admiral of the Fleet of the Soviet Union Gorshkov, fired a hypersonic cruise missile ‘Zircon’ from the Barents Sea at a naval target position located in the White Sea (a southern inlet of the Barents Sea). The rocket firing was carried out as part of a test of new kinds of weapons,” the ministry said.

According to a brief statement issued by Russian Defense Ministry officials, the Zircon hypersonic cruise missile was fired from the Barents Sea on Saturday, May 28 and successfully hit its target 1,000 kilometers away in the White Sea.

It should be noted that a hypersonic missile is a missile that travels five times faster than the speed of sound. According to the Russian Defense Ministry, the experiment was part of a test of new weapons.

It may be recalled that Russia had successfully tested a Zircon missile for the first time two years ago.
Read More
Read us @GoogleNews