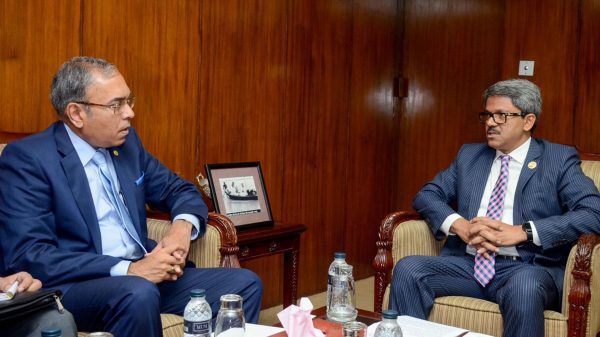 During their discussion, the Secretary General recalled the role of Bangladesh since the inception of SAARC as a visionary idea of the Father of the Nation Bangabandhu Sheikh Mujibur Rahman to form regional cooperation and connection among the South Asian countries. He praised the willingness of Bangladesh to activate and motivate the various modalities of regional cooperation within the SAARC system. He also appealed to the State Minister for intervention to save the SAARC process from the existing difficulties.

The State Minister assured Bangladesh’s commitment to extend every possible support to materialize the goals of SAARC and to achieve a sustainable and integrated development in the region through cooperation.

The State Minister advised the Secretary General to continue his consultation with member states and urged to revitalize SAARC Cooperation to face the growing challenge that the region is facing.