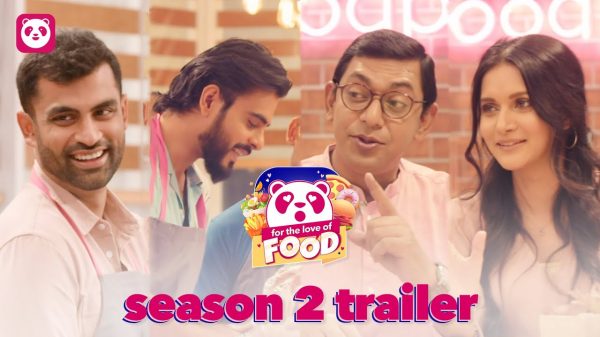 The second season of For The Love of Food, an interactive cooking show, featuring top celebrities and chefs/owners of popular restaurants, will go on air starting Thursday, November 18 on ntv. Conceptualized and initiated by online food delivery platform foodpanda and directed by Nuhash Humayun, the 2nd season will feature celebrities including Tamim Iqbal, Chanchal Chowdhury, Rafiath Rashid Mithila and Siam Ahmed.

Four episodes of the show will air on ntv every Thursday from 6:45PM – 7:15PM. Following its on air on TV, each episode will be uploaded on foodpanda’s YouTube and Facebook page so that the audience can watch their favourite celebrities cooking their favourite food.

The first season of the FTLOF, which went on air last year was a massive hit and got more than 10 million views on facebook alone. Through this show, not only foodies will get to know about the food habits of their favourite celebrities but also they’ll see them making their favourite dishes along with chefs/owners from their favourite restaurants.

Bangladeshi people love food, and delicacies are an inseparable part of our culture. Realizing this deep bond between Bangladeshis and food, foodpanda came up with this unique show in 2020. The second season is expected to be even more exciting.