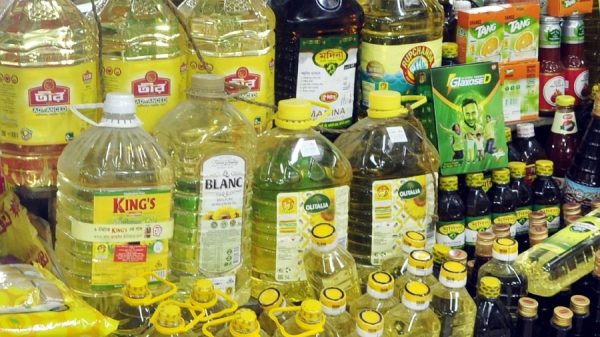 The price of soybean oil has increased in the country due to high import cost owing to the fuel oil price situation in international market and the exchange rate of Taka against US dollar.

The price of bottled soybean oil witnessed a hike of Taka 7 per litre.

The Edible Oil Refiners and Vanaspati Manufacturers Association set the new maximum retail price (MRP) of soybean oil and palm oil, according to a press release.

The release, signed by executive officer of the Association Md Nurul Islam Mollah, said that the new prices are effective from today.

The price of a five-litre soybean oil jar has been increased to Taka 945.
However, the maximum retail price of loose palm oil has been reduced by Taka 7 to Taka 145 per litre.

The association reviewed the edible oil prices on July 20 this year.