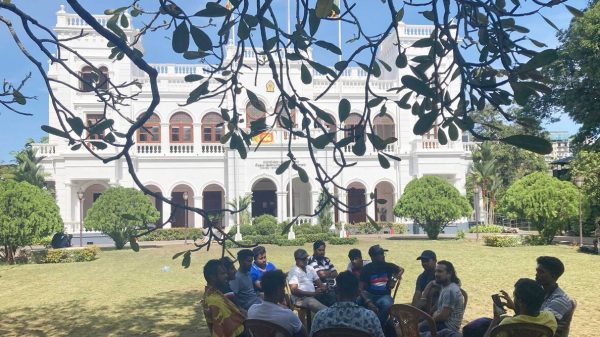 Rajapaksa, who fled Sri Lanka with his wife on Wednesday, has been allowed entry into Singapore on a private visit. According to Singapore foreign ministry, Rajapaksa has neither asked for asylum, nor has he been granted asylum.

Rajapaksa has reached Singapore after spending a day in Male, Maldives. He appointed PM Ranil Wickremesinghe as the acting President and was expected to send his resignation letter to the Speaker by July 13 night, but has failed to do so. Meanwhile, the government has imposed a curfew in the Colombo district from 12 noon on July 14 to 5 am on July 15 after protesters stormed the PM’s office on Wednesday, calling for his resignation.

Parliament is expected to name a new full-time president next week, and a top ruling party source told Reuters Wickremesinghe was the party’s first choice.

Meanwhile, at least 45 people were hospitalised following a standoff between the police and protesters who had stormed Rajapaksa-ally Wickremesinghe’s office. Local media said a 26-year-old protester who was hospitalised after being tear-gassed died of breathing difficulties, reported Reuters.