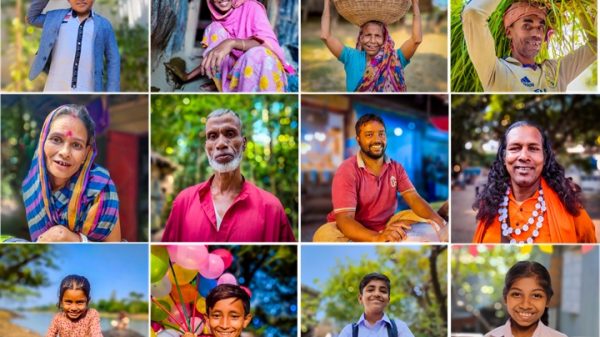 We are at the end of December, the month of victory. Along with the end of this victorious month, the ‘Stories of Heroic People’, a campaign organized jointly by OPPO and BURO Bangladesh, is also coming to an end. It started on 12 December in search of real heroes who have contributed in various fields of national life including the Liberation War.

The list includes stories of freedom fighters, women entrepreneurs, struggling mothers, disadvantaged children, students, agricultural workers and hard-working people. Those who are constantly contributing to the national life through their life struggle were the main focus of this campaign. The campaign was launched through engagements in different mediums – offline, online and digital.

Through OPPO Gallery, OPPO is going to treasure the stories of two generations of real-life heroes – those who showed courage during the war and those who have been heroes in their respective lives in the post-liberation Bangladesh. The purpose of storing these in OPPO Gallery is to tell the story of their struggle to the coming generations through pictures. Every single picture in the Gallery is a symbolization of war and struggles. The ‘Stories of Heroic People’ has been designed to help discover unseen heroes and source of inspiration for the people of Bangladesh so that the youth can explore the unheard, unseen and hidden diverse contributors of Bangladesh and get inspired.

In the first phase, Bangladesh’s Heroic people’s stories were shot on Reno6 and stored in OPPO Gallery. OPPO and BURO Bangladesh in collaboration with renowned content creators including photographers like Prito Reza to capture the different, motivating and impactful lives of the heroes of Bangladesh through the lens of OPPO Reno6, which is equipped with Bokeh Flare Portrait.

Lubna Marium was an active cultural activist since the 1960s. Ehen the war started, Lubna actively participated in the relief distribution programs meant for the commoners and others. Moreover, she dedicated her time to the service and care of the wounded freedom fighters. Mohammad Abdul Kuddus, another valiant freedom fighter, took part in the liberation war and exhibited rare display of grit. He was tasked with destroying enemy trains and participated in the gun fighting at the age of 26 only.

In the second phase, real-life heroes in the contemporary Bangladesh were found out. These heroes are playing instrumental roles in building a modern Bangladesh, which is a role model for other economies. All these present-day heroes are inspired by the stories of sacrifice of the heroes of the Liberation War. Inspired by the life of the freedom fighters in 1971, they are working to build the present Bangladesh. Out of all those heroes, three people – Dulal Sir, Rabindranath Biswas and Sajedul Islam – were selected as the winners of this campaign.

Dulal is a teacher who has dedicated his life for the betterment of his area by creating educational opportunities for the students. He has established a number of educational institutes in his areas and built mosque as well. Rabindranath Biswas, hailing from Bararia village under Batiaghata upazila in Khulna district, is a 70-year old freedom fighter and a village doctor who treats people with medicinal plants.

From 1971 onwards, even today he is providing free treatment to the villagers. Sajedul Islam is a volunteer. Involved in various social activities, he regularly donates blood himself. During the pandemic, he has provided free oxygen cylinders in collaboration with ‘Gopalganj Bondhu Mahal’ and worked to raise awareness about health issues.

Three OPPO users – Lubaba Tul Jannat, Simanto Mondal and Nipa Bepari – have shared these 3 heroes’ stories with OPPO. These 3 heroes will be rewarded by OPPO and BURO Bangladesh. They will be given financial help to encourage them more. The winners (participants) will duly be rewarded as well since they will get OPPO Reno6 and IoT products as gifts. Keep an eye on OPPO Bangladesh’s Facebook page to know more.