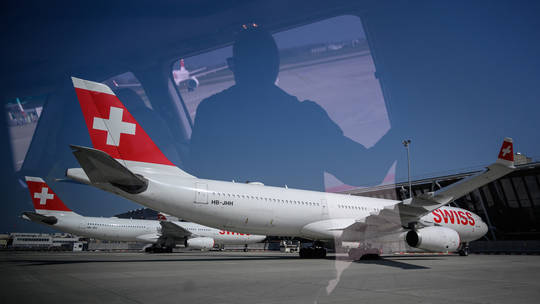 A brief halt was caused by a glitch in the country’s air traffic control system.
Switzerland closed its airspace for several hours on Wednesday for safety reasons, after a computer glitch.

The air traffic control service Skyguide grounded all planes early in the morning, and later announced: “the technical malfunction… has been resolved,” without clarifying what the initial problem was.

The move paralyzed the country’s major airports in Zurich and Geneva, which stopped all landings and takeoffs, although both hubs later announced a resumption of traffic from 8:30am local time (0630 GMT).

Several Switzerland-bound planes had to reroute to other countries, a Skyguide spokesperson told Radio SFR.

Some flights were canceled due to the malfunction, with passengers being told to wait for information provided by their carriers.

On Wednesday morning, flights from Dubai and Johannesburg were forced to land in Milan, according to data from the Flightradar24 website.