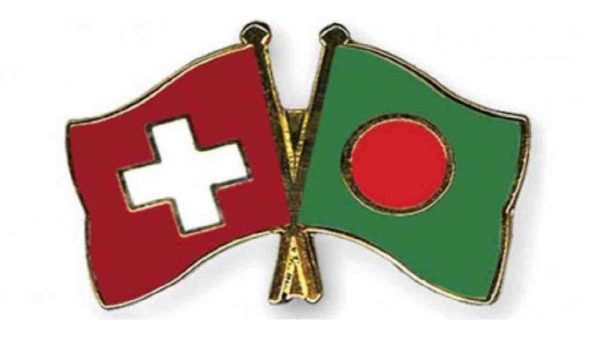 State Secretary of Switzerland Lina Leu expressed the interest of Switzerland for further deepening the bilateral ties with Bangladesh in the coming years, including trade and investment.

She said this during a bilateral meeting with State Minister for Foreign Affairs Md. Shahriar Alam on the side line of the World Economic Forum Annual Meeting in Davos yesterday.

Swiss State Secretary applauded Bangladesh’s notable socio-economic development under the leadership of Prime Minister Sheikh Hasina. He also commended the Government and people of Bangladesh for sheltering over a million displaced Rohingya population.

She expressed the interest of Switzerland to conclude the Air Service Agreement and the MoU on Skill and Knowledge Partnership with Bangladesh.

She also thanked the Government of Bangladesh for committing unconditional support to the candidature of Switzerland for the non-permanent membership of the United Nations Security Council.

The State Minister of Bangladesh informed the Swiss State Secretary that Bangladesh offers one of the world’s easiest investment opportunities. He also flagged Bangladesh’s outstanding success in socio-economic development under the visionary leadership of Prime Minister Sheikh Hasina.

The State Minister sought continued support of Switzerland for finding an early durable solution of the Rohingya crisis. He also expressed the gratitude of the people of Bangladesh to Switzerland for recognizing Bangladesh on 13 March 1972. Mentionable, Bangladesh and Switzerland are celebrating 50 years of bilateral relation.

The State Minister is on an official visit to Switzerland to attend the Annual Meeting of the World Economic Forum in Davos.