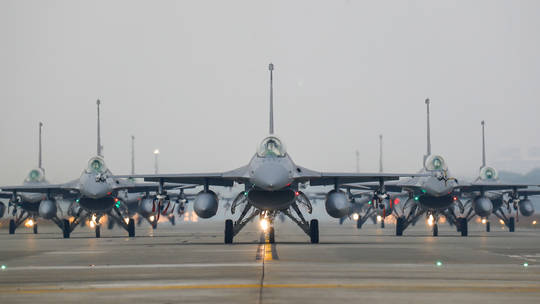 Dhaka June 22 2022 (RT) :
PLA fighters and bombers were spotted southwest of the island.
Taiwanese interceptors took to the air on Tuesday as 29 Chinese fighters, bombers and support aircraft were reported off the southwestern coast of the island, the defense ministry in Taipei said. Six bombers and their fighter escorts flew into the Pacific Ocean through the channel between Taiwan and the Philippines and back again, in the third-largest foray into Taiwan’s air defense identification zone (ADIZ) this year.

In addition to the six H-6 bombers, the People’s Liberation Army Air Force sent 17 fighters and another six support planes, the Taiwanese military said. Some of them flew northeast of the Pratas atoll in the South China Sea, while the bombers and two support planes took the Bashi Channel route into the Pacific, before turning back the way they came.

Taiwan dispatched interceptors to ward off the PLAAF squadron and used missile systems to track them, the defense ministry said in a statement. According to Taipei, this was the third-largest group of Chinese aircraft to enter the Taiwanese ADIZ this year. Another 30 jets came through on May 30, while a January 23 flyby involved 39 planes in total.

The island’s ADIZ extends far beyond Taiwan’s airspace and into mainland China, so even the routine flights by the PLAAF inside Chinese airspace technically count as incidents. However, Taipei has accused Beijing of waging “gray zone warfare” on the island, deploying military assets to test Taiwan’s defenses and wear out the island’s military by making them scramble repeatedly.

China has explained the recent increase in maritime and aerial military activity as an attempt to deter “collusion activities” between “Taiwan independence forces” and the US government, which has pledged to sell more weapons to the island.

US President Joe Biden said in March that Washington had a treaty obligation to get involved in any conflict between China and Taiwan, though his aides later walked back those comments and insisted that US policy hadn’t changed. Last year, Taiwanese President Tsai Ing-wen said she had “faith” the US would step in.

Taiwan has been a point of contention between China and the US since 1949, when the nationalist Kuomintang lost the civil war against the Communists and to the island with American help. The US recognized Taipei as the ‘Republic of China’ until 1978.