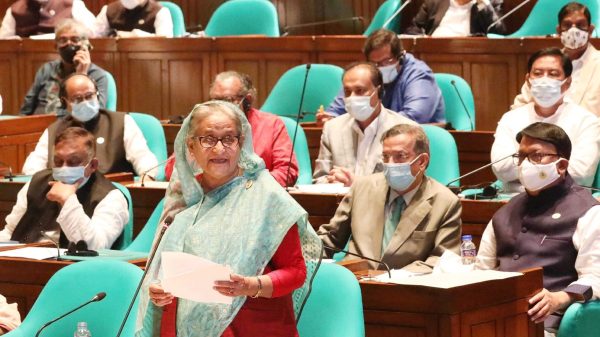 The Jatiya Sangsad today passed the Taka 6,78,064 crore national budget for FY23 which eyes to tame inflation amid facing six key challenges alongside the economic recovery from the COVID-19 pandemic and other adverse global situation.

Leader of the House and Prime Minister Sheikh Hasina was present throughout the day’s proceedings.

Earlier on Wednesday, Parliament passed the Finance Bill 2022 with some changes.

Following the proposal mooted in the House by the Finance Ministry for the parliamentary approval of appropriation of fund for meeting necessary development and non-development expenditures of the government, the ministers concerned placed justifications for the expenditures by their respective ministries through 59 demands for grant.

Earlier, Parliament rejected by voice vote a total of only 664 cut-motions that stood in the name of opposition members on 59 demands for grants for different ministries.

A total of thirteen lawmakers from Jatiya Party, BNP, Gono Forum and Independent submitted their cut-motions on the budget.

They were, however, allowed to participate in the discussion on Election Commission Secretariat, Public Security Division, Health Services Division and Secondary and Higher Education Division.

Opposition and independent MPs were present in the House when the Appropriation Bill was passed in Parliament and they did not raise any voice against passing of the bill.

Earlier on June 9, Finance Minister AHM Mustafa Kamal placed a Taka 6,78,064 crore proposed budget for FY23 at Jatiya Sangsad considering recovery from the pandemic, the Russia-Ukraine war and also keeping ahead six key challenges with containing inflation as the major one.

“Certainly, we shall be able to transform Bangladesh into a hunger and poverty-free society by achieving SDG in 2030, a higher-middle income country by 2031, a knowledge-based, happy and prosperous developed country by 2041 and a secured delta by 2100,” said Kamal while placing his 208-page budget speech for FY23 lasting over two hours.

Considering the lagged effects of the COVID-19 and the protracted crisis arising from the Russia-Ukraine conflict, Kamal set up a GDP growth target of 7.5 percent in the next fiscal year while to contain inflation at 5.6 percent.

The title of the budget for the next fiscal year is “Return to the Path of Development; Leaving the COVID-19 Behind”. 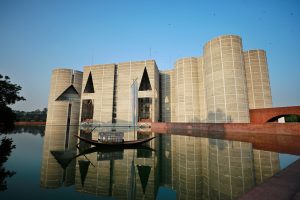 For the physical infrastructure sector an allocation of Taka 2,00,860 crore has been made which is 29.62 percent of the total allocation. 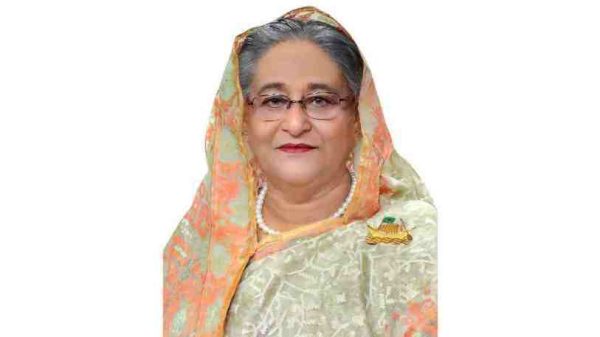 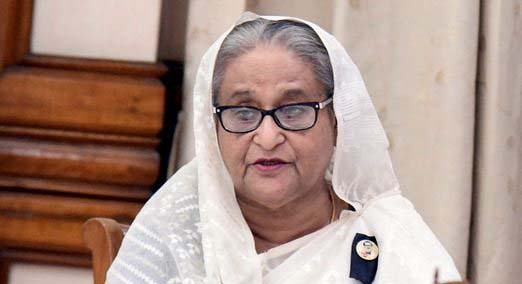