Thai embassy to launch articles on 50-year tie with Dhaka 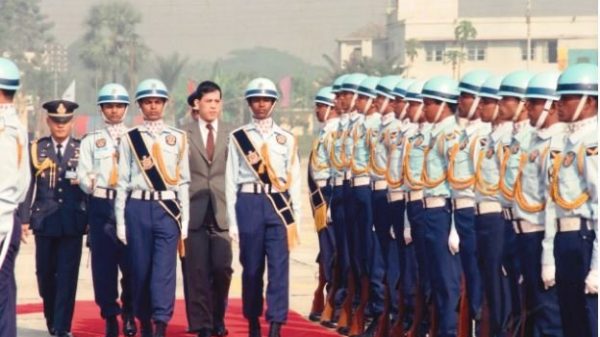 Thai embassy to launch articles on 50-year tie with Dhaka

The Thailand Embassy here will publish series of special articles round the year marking the 50th anniversary of diplomatic relations between Bangkok and Dhaka on October 5 this year.

“The Royal Thai Embassy will publish articles from January until December 2022 to commemorate historical milestones in the bilateral ties and to enhance mutual understanding between the peoples,” a statement of Thai embassy here said today.

The Royal Thai Embassy is honoured to receive royal permission to display photographs from these visits kept in the royal archive in Bangkok.

The articles will be published in Thai and Bangladeshi media.

“Thailand in 50 Tales” will introduce Thai ways of life and cultural heritage that often share similarities with Bengali culture such as Suvarnabhumi and Sonar Bangla, tuktuk and baby taxi, floating market, the importance of rice and fish, Songkran and Bengali New Year and so on. The series will be posted in Bengali and English on the Embassy’s Facebook every Thursday starting January 13.

“Thailand in 50 Tunes” will help readers gain deeper understanding about Thailand in a more entertaining way through its music and songs.

Throughout the year, the Embassy will post historical documents from the archive of the Ministry of Foreign Affairs of Thailand pertaining to the recognition of Bangladesh by Thailand and the establishment of diplomatic relations in 1972.

This “50 Years Throwback Series” will bring back the excitement and sentiments when both sides were in close contact to prepare for the formalization of ties after Thailand recognized Bangladesh in February.

It focuses on the interesting similarities and connection between Thai and Bengali languages, said the statement.