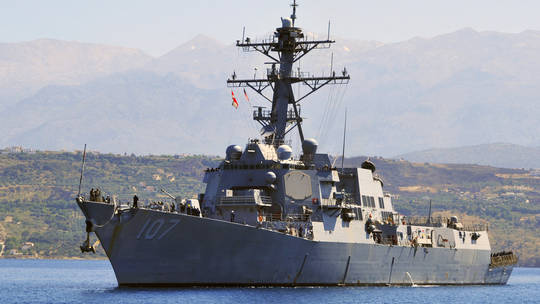 “Currently, nine US military bases have been established in Greece. Whom have they been deployed against? They say that against Russia. But we won’t buy that,” Erdogan said after a meeting in Ankara with Venezuelan President Nicolas Maduro.

The US has maintained a military presence in Greece for decades. The Souda naval base on the island of Crete, originally founded by the Ottoman Empire, is the only one in the Mediterranean able to accept the largest American aircraft carriers.

When a mutual defense agreement between the US and Greece was renewed last month, the Pentagon was granted access to three additional military sites on the Greek mainland.

Turkey has a turbulent relationship with fellow NATO member Greece due to territorial and historical disputes. Erdogan has repeatedly expressed his frustration over US bases in Greece.

Speaking in May, the Turkish leader said the Greek prime minister “no longer exists” for him, accusing Kyriakos Mitsotakis of trying to block a Turkish request to buy American F-16 fighter jets.