Turkey ready to stand beside Bangladesh over Rohingya issue: Soylu 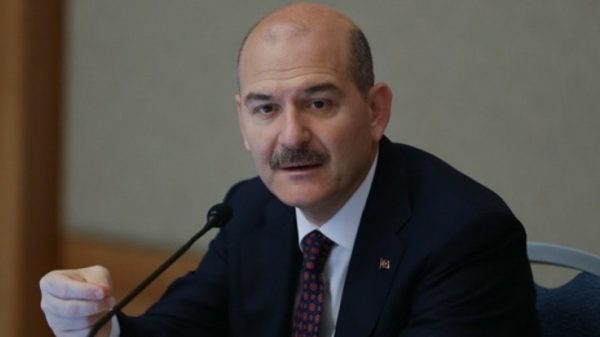 Turkey ready to stand beside Bangladesh over Rohingya issue: Soylu

Turkish Interior Minister Suleyman Soylu here today said Bangladesh is not alone in tackling Rohingya crisis as Turkey is ready to stand beside to face the issue.

“Turkey will stand beside Bangladesh in facing the Rohingya crisis . . . Turkey will continue to stand its cooperation until the crisis is solved amicably,” said Suleyman Soylu while inaugurating a 50-bed field hospital, funded by Turkish government organisation AFAD at Balukhali Rohingya camp in Ukhia Upazila in the district this morning.

Later, the Turkish Interior Minister visited an under construction makeshift camp for Rohingyas displaced by the fire in the camp.

Soleyman Soylu also joined playing games with the Rohingya children for a while during his visit. He also exchanged greetings and talked to the Rohingyas there.

Soylu, who led a 20-member delegation, arrived in Cox’s Bazar directly from Turkey by a special flight this morning. State Minister for Disaster Management and Relief Md. Enamur Rahman received the Turkish minister and later also spoke at the function.

Earlier, the delegation arrived at Cox’s Bazar International Airport from Istanbul on a special flight at 8 am. State Minister for Disaster Management and Relief Md. Enamur Rahman received him at the airport. Divisional Commissioner of Chattogram Md Kamrul Hasan and Deputy Commissioner of Cox’s Bazar were present on the occasion.