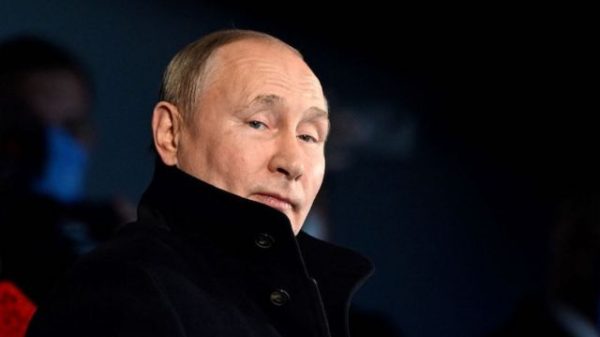 Six months into Russia’s invasion, Ukrainian officials are drawing up plans to make sure Russian President Vladimir Putin and his top military commanders will be tried for launching the war.

The plan for a special international tribunal to investigate Russia’s alleged “crime of aggression” is being spearheaded by Andrii Smirnov, deputy head of Ukraine’s presidential administration.

The definition of the crime of aggression was adopted in the 2010 Rome Statute, and the similar notion of “crime against peace” was used in trials in Nuremberg and Tokyo after the Second World War.

The International Criminal Court, which has been trying the gravest crimes for the past 20 years, is already investigating war crimes, crimes against humanity and genocide in Ukraine.

But it cannot look into accusations of aggression because neither Ukraine nor Russia have ratified the Rome Statute.

This court is “the only way to make sure that the criminals who started the Ukraine war are held accountable quickly,” Smirnov told AFP.

“The world has a short memory. That’s why I would like this tribunal to start working next year.”

Ukraine knows that the accused will not be present, but this tribunal “will serve to make sure that these people are labelled as criminals, and that they cannot travel in the civilized world,” he said.

Ukrainian prosecutors have identified some 600 suspects in the aggression so
far, including senior military officials, politicians and commentators.

An international treaty to set up the tribunal has been drafted, ready to be
signed by governments.

The court’s decisions would then be recognised on the territory of the signatory countries, which means that any convicted offenders could be arrested there.

Smirnov said several countries are set to sign the document before the end of the year and negotiations are ongoing with “several European partners (who) are willing to host the tribunal.”

“We want this court’s decisions to be recognised” he said, arguing he “perfectly understands” that the court needs strong legitimacy.

Despite several reforms, Ukraine courts have been criticised for lack of independence and corruption in the past.

While Poland and the Baltic states — Ukraine’s closest partners — have been very supportive of the proposals, Germany and France have given more measured reactions.

Political considerations may explain this.

“Some countries, while acknowledging the aggression against Ukraine, are trying to keep a small window for negotiations with Vladimir Putin open,” Smirnov said.

But, even in Western Europe, support is slowly building for the idea.

The European Parliament called for a special international tribunal for crimes of aggression on May 19.

And, speaking at an international conference on war crimes in Ukraine in The Hague last month, Dutch Foreign Minister Wopke Hoekstra said the question of a special court was a “very valid point”.