US and allies launch new alliance in Pacific 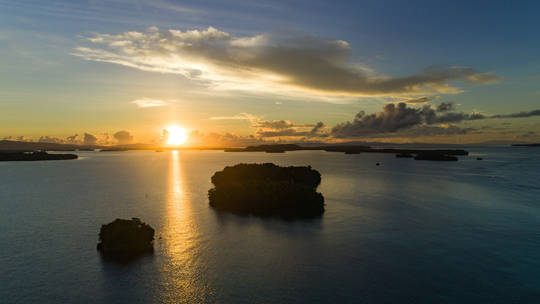 US and allies launch new alliance in Pacific

In a joint statement on Friday, the members said the informal alliance, dubbed Partners in the Blue Pacific (PBP), was aimed at increasing the effectiveness of their ongoing efforts “to support prosperity, resilience, and security” in the region.

The group will operate “according to principles of Pacific regionalism, sovereignty, transparency, accountability, and most of all, [will be] led and guided by the Pacific islands,” the statement read.

PBP’s core goals also include the expansion of opportunities for cooperation between the Pacific island nations and the rest of the world, it added.

The alliance was needed because the region is facing “most urgent challenges,” including the climate crisis, Covid-19, and “growing pressure on the rules-based free and open international order.”

This may refer to China’s intensified attempts to bolster its influence in the Pacific and reach out to local players.

In April, Beijing signed a security pact with the Solomon Islands and has already begun training local troops. Last month, it also agreed an economic and technical cooperation deal with Samoa.

Those developments caused serious concerns in Australia and New Zealand, with the Biden administration promising to commit more resources to the region to counter China’s moves.

White House Indo-Pacific coordinator Kurt Campbell said on Thursday that more high-level US officials will visit the Pacific islands in the future, “recognizing that nothing replaces, really, diplomatic boots on the ground.”

“Sovereignty is central in terms of how we see the Pacific overall. Any initiative that compromises or calls into question that sovereignty, I think we would have concerns with,” Campbell said, without mentioning China specifically.

Last year, Australia, UK and the US launched the so-called AUKUS security alliance, which would see the trio working to arm Canberra with nuclear-powered submarines and cooperating on the development of hypersonic weapons.

China criticized the deal, saying it would only undermine security in the Pacific region.