US may roll back tariffs on some Chinese goods 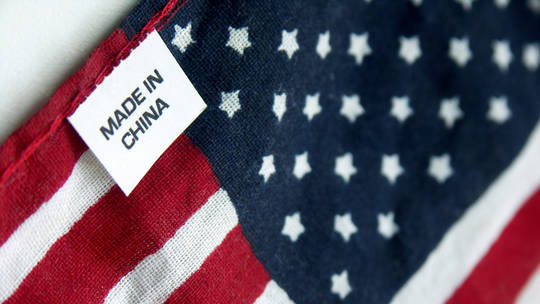 US may roll back tariffs on some Chinese goods

Dhaka June 06 2022 (RT) :
Washington is looking for ways to curb rising inflation.
US President Joe Biden has instructed his administration to look into lifting some tariffs on imports from China in an effort to curb record-breaking inflation, Commerce Secretary Gina Raimondo said on Sunday in an interview with CNN.

“We are looking at it. In fact, the president has asked us on his team to analyze that. And so we are in the process of doing that for him and he will have to make that decision,” the official stated.

Raimondo said Washington plans to keep some of the tariffs on steel and aluminum to protect the domestic steel industry, but noted that “it may make sense” to lift tariffs on other products, like household goods and bicycles.

Raimondo did not specify whether any tariffs will ultimately be lifted, noting that Biden himself “will have to make that decision.”

The president recently voiced his intention to remove some of the tariffs imposed on Chinese goods at the height of the US-China trade war during Donald Trump’s presidency. These were introduced in 2018 and 2019 in an effort to reduce the US trade deficit with China.

Initially, Trump’s tariffs targeted steel and aluminum, after Washington accused China of dumping these products onto global markets at low rates. They were later expanded to target consumer goods like clothing and sports supplies. This resulted in rising prices for consumer goods in the US. In 2021, Biden reversed some of the tariffs, but left the majority of them in place.

Washington is now desperate to tackle inflation, which approached 40-year highs last month, and the idea pitched by industry groups that tariff cuts could reduce costs for businesses and consumers has caught the administration’s attention.

According to Raimondo, Biden wakes up and goes to sleep thinking about what can be done to stop inflation, and therefore he is open to any good idea that he thinks could help American families cope with the rising prices. She also cited the current conflict in Ukraine as one of the main recent inflationary factors.