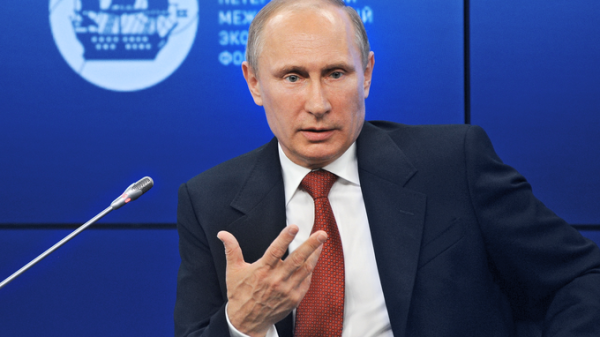 Greetings on the 75th anniversary of the Federal Medical-Biological Agency on August 21 2022.

Vladimir Putin congratulated the Federal Medical-Biological Agency staff and veterans of on its 75th anniversary.

“Over the years, the Federal Medical-Biological Agency has grown into a large cutting-edge centre with solid scientific, personnel and production potential.

Several generations of the Agency’s experts have worked to build a reliable system to protect the health of people employed in strategically important sectors of the national economy and the population of restricted-access areas.

It is gratifying that the Agency’s current team cherishes and develops the traditions of its predecessors, performs its duties well, and takes on new tasks.

Today, your key priorities include medical and sanitary support for employees of over 700 organisations with hazardous working conditions; coordination of the Blood Centre; sports, marine and diving medicine; and continued coordinated work with your colleagues to combat COVID-19. And, of course, I would like to highlight the effective assistance provided by the Agency’s staff in mobile medical units to the residents of the Donbass republics and other regions.”

Vladimir Putin sent greetings on the opening of the first Sochi Classical Music Festival on August 20 2022.

“By bringing together both renowned Russian and international stars and talented young performers, the festival creates a special, inspiring atmosphere and brings the joy of true art to this southern resort town. Over the course of a few days, the audience will listen to the greatest pieces of classical musical, military and patriotic tunes and original compositions.

I am confident that your festival will become an annual event, leaving the audience with unforgettable memories. Cultural events on such a scale naturally help to consolidate society around enduring humanistic, spiritual, moral and patriotic values.”

“In recent years, your project has responded to popular demand, playing a significant role in its participants’ lives and acquiring a truly nationwide status. Of course, it is equally gratifying that a cutting-edge year-round Mashuk knowledge centre is being launched in Pyatigorsk today. Young men and women from all over Russia, aspiring education sector professionals and students alike, will be able to use their time at the forum and outside its programme to share best practices, build professional relationships, and discuss professional issues, of which the most important are creating better educational and outreach technologies, and harmonising the inter-cultural and interethnic dialogue in our country.

It is important that young people want to draw on their potential for the benefit of others. This proactive civic stance deserves support and respect.”

“Both in our country and beyond, you are known as an outstanding film director and screenwriter and a striking personality fully devoted to his chosen career. Your films have won prestigious awards and prizes and never fail to attract audiences in Russia and abroad, with the original stories they tell, their stellar casts and your signature style of a true master and artist.”