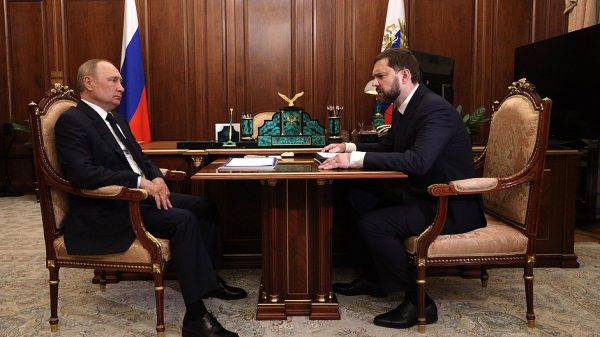 The discussion focused on the implementation of state ethnic policy and migration issues on August 29, 2022.

President of Russia Vladimir Putin: Let us begin with the main issues, such as the implementation of state ethnic policy and migration issues, because these topics are interconnected.

Head of the Federal Agency for Ethnic Affairs Igor Barinov: Yes, Mr President. Overall, the general situation in the ethno-confessional sphere is stable. The results of sociological surveys show this, too.

Some of our indicators fell during the coronavirus restrictions, and perhaps this was objective. We regard this as a general social deterioration in the well-being of our citizens.

However, now we have again reached a positive trend, and 80.7 percent of the population see interethnic relations positively, and 81.4 percent have a positive view of ethno-confessional relations. There is also an important indicator, Russian civic identity. It has also returned to a fairly high level, 93.4 percent.

We understand that our sphere is very sensitive for people, and we are not going to rest on our laurels, because negative moments, negative aspects, the risks in our sphere have not gone away, and new ones have come with the launch of the special military operation. We can see how our opponents in the West are trying to discredit our state ethnic policy. 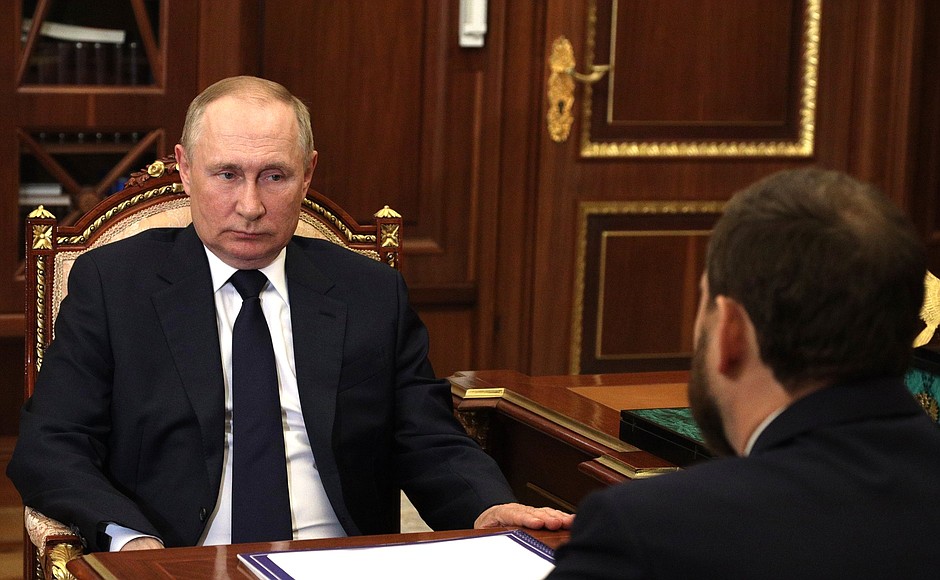 Vladimir Putin: They have always been trying.

Igor Barinov: Yes, they have shifted the focus, changed their terminology, and are now talking about “decolonising Russia,” not about the “export of democracy.” They have already counted how many parts we should be divided into and calculated the maximum number of people that should live there, but apparently, they do not know the history of the Russian Federation well: we have never been a colonial power and were formed on completely different principles and lived by different principles. Russian philosopher Ivan Ilyin described them very well: “Respect everyone, reconcile them with each other, allow everyone to pray and work as they choose, and pick the best from each for the state and cultural construction.” By the way, this quote was also used ten years ago, when your article on ethnic issues was published. Few people in our society fall under this influence; we see the opposite processes, those of consolidation. Apparently, this is specific to our people: when faced with serious challenges, we forget about our problems, personal grievances, or negative stereotypes and become one, consolidate.

The work we are carrying out with our major ethnic, cultural and public associations to provide humanitarian aid to the Donbass republics is proof of these processes in society. We started collecting humanitarian aid and setting up humanitarian convoys at the very beginning of the special military operation.

To date, we have sent six convoys and gathered 700 tonnes of humanitarian aid. We tried hard to deliver this aid to the most dangerous areas where people needed it most. In early April and in May, we focused on Mariupol and Volnovakha, and later on Lisichansk. The leaders of our national cultural autonomies, including Russia’s Greeks, Armenians, Ukrainians and Belarusians, went there with me.

I would like to tell you about Lisichansk. We were the first to deliver humanitarian aid there several days after liberation, and we opened a local humanitarian centre together with United Russia. Public activists from Volgograd brought all the essential items for cooking pilaf, including two huge pots, and they fed everyone who visited the humanitarian centre on that day. Later, we unfurled a 100-metre flag of the Russian Federation in a school courtyard. Why am I telling you all this? You should have seen the emotions of people who touched the flag of the Russian Federation. Many of them could not hold back tears. These moments were very emotional.

I would like to tell you that this unification and consolidation are taking place not just inside the country. These processes are happening even faster on the frontline, and they involve our men who are fighting Nazism in Ukraine shoulder to shoulder. Yes, they are from different ethnic groups, different regions, and they profess different religions. There is a saying that there are no atheists in the trenches, and it is probably correct.

For me, a video recorded by members of the Hero of Russia Akhmat-hadji Kadyrov Special Regiment from Chechnya and Cossacks from the Matvei Platov Separate Regiment after the liberation of Severodonetsk (if I am not mistaken) was the most convincing example. They hugged each other and chanted “Akhmat is strong, Cossacks are strong, together we are strong.” Indeed, united we are strong, and we must prevent anyone from destroying this unity.

And one more aspect that I would like to discuss with you today. Migration processes are complicated and important. We understand that the economy needs foreign workforce, but unfortunately, sometimes these processes create and actually change the ethno-cultural makeup in some territories. There are risks of enclave formation, the ethnic crime rate is growing and some areas of the labour market are experiencing very heavy pressure. Naturally, this triggers a response from the receiving community, from our compatriots, and it is often negative. I think, at this point, it is very important to step up work on the socio-cultural adaptation of the migrants.

In cooperation with the Government – nine federal executive bodies and the Prosecutor General’s Office – we have now started implementing a new package of measures to prevent the territorial and social isolation of migrants. We believe it is necessary to step up this work by involving public and religious organisations.

Vladimir Putin: It is necessary to start this work even in the homeland of potential migrants. 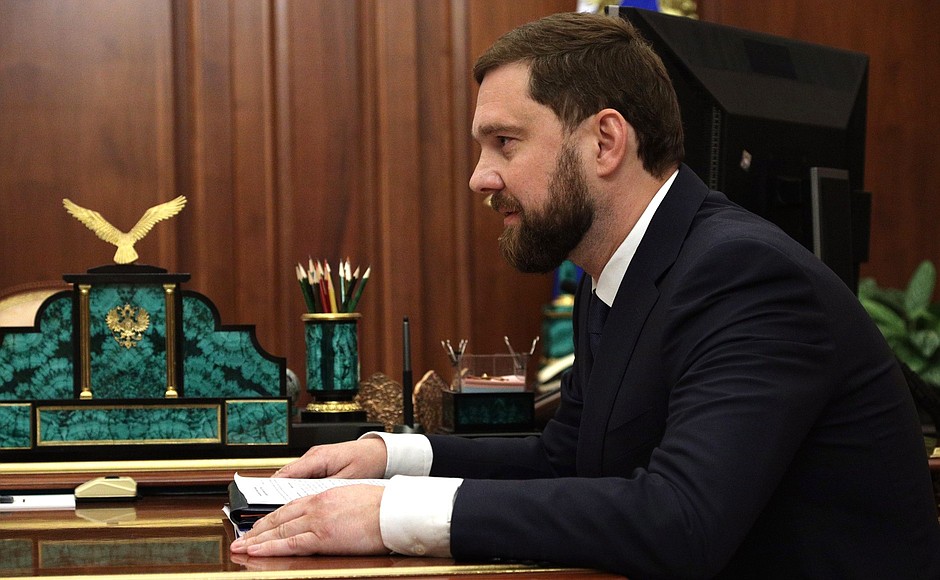 Igor Barinov: Yes. It is also necessary to work in the countries of origin. You are absolutely right.

Vladimir Putin: Our colleagues agree with us and are ready to join. I talk with many of our colleagues, and many of them have already joined these efforts. We simply need to be more active in this respect. Nobody there is against this, nobody objects to this. Quite the contrary – they are all gladly doing it in Uzbekistan, Tajikistan and Kyrgyzstan. We must just be more active in these countries. They are even interested in this. They realise perfectly well that the people who leave their homeland and arrive in our country must be adapted to life here. They must know our culture, language and the Russian legislation. There is no doubt about this.

Igor Barinov: I think that nowadays we must step up this work. We are seeing that in practice one of the best ways to do this is still to create adaptation centres. We do not yet have this infrastructure.

Vladimir Putin: Are you referring to Russia?

Igor Barinov: Yes. Together with our colleagues we would like to start this work with your permission in several pilot regions.

Vladimir Putin: Go ahead. People must realise: if they come to Russia, they must respect our customs and traditions; they must know and observe Russian laws.

Igor Barinov: And they will be able to do all this in one place – learn about our traditions, customs and culture, receive legal support and even psychological assistance. Psychologists note that migrants experience very high stress…

Vladimir Putin: Of course, they are isolated from their homeland, families, relatives and friends. This is understandable.

Vladimir Putin sent a message of greetings to participants, organizers, and guests of the 7th Eastern Economic Forum on August 29, 2022.

“The Forum enjoys a high level of international prestige and significantly contributes to building business ties between Russia and the countries of the Asia-Pacific region. It is instrumental in attracting investment and technological innovations, as well as more fully unlocking the rich economic and social potential of the Russian Far East.

The main theme of this year’s Forum – ‘On the Path to a Multipolar World’ – seems particularly relevant and significant. The obsolete unipolar model is being replaced by a new world order based on the fundamental principles of justice and equality, as well as the recognition of the right of each state and people to their own sovereign path of development. Powerful political and economic centres are taking shape right here in the Asia-Pacific region, acting as a driving force in this irreversible process.

Russian and foreign politicians and businessmen, experts and public figures will discuss a wide range of issues related to the prospects for intensifying trade, investment, scientific, and humanitarian cooperation. It is important that commercial contracts and long-term agreements are expected to be signed during the Forum with the participation of business circles and the regional authorities.

We are glad to note that direct bilateral cooperation with Asia-Pacific nations as well as their cooperation within the framework of such influential associations as the Eurasian Economic Community, the SCO, BRICS, APEC, and ASEAN is growing stronger and gaining momentum. Russia is ready to continue, along with all interested partners, to make efforts to improve regional cooperation in various formats.”

Greetings on the opening of the Kazan Global Youth Summit

Vladimir Putin sent a message of greetings to the participants and guests of the Kazan Global Youth Summit, which has opened in Kazan on August 29, 2022.

“The selection of Kazan as the Youth Capital of the Organisation of Islamic Cooperation confirms the high level of relations between Russia and this reputable international agency.

Islamic states have been our traditional partners in addressing many topical issues on the regional and global agenda, in attempts to build a more just and democratic world order. It is significant that young people are getting more actively involved in this constructive and comprehensive cooperation.

Hundreds of delegates from dozens of countries have arrived in Kazan. They represent various public and student organisations, expert centres and government agencies responsible for youth policy. I am sure they will have a good opportunity to hold meaningful discussions and outline promising projects for continuing joint work, including in the social and cultural spheres and in the field of technological innovation and entrepreneurship.

It is also clear that this youth assembly in Kazan will serve to promote mutual understanding and trust between our nations.”