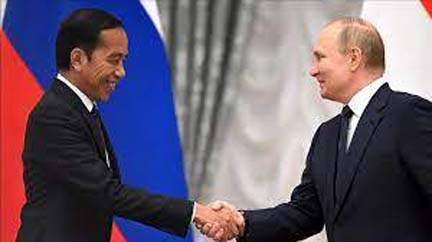 Vladimir Putin had a telephone conversation with President of Indonesia Joko Widodo.

The President of Russia congratulated Joko Widodo and the people of Indonesia on their national holiday, Independence Day, which was celebrated on August 17.

The presidents considered current issues pertaining to the development of Russian-Indonesian relations, with a focus on implementing agreements reached during Joko Widodo’s recent visit to Russia, including the promotion of a number of bilateral trade and economic projects.

They also discussed global food security. Among other things, Vladimir Putin informed his counterpart about the efforts to stabilise the global grain and fertiliser situation, which Russia has been making jointly with Turkiye and the UN Secretariat.

With Indonesia’s G20 Presidency in mind, they touched upon the subject of preparations for the G20 summit on Bali, scheduled for November of this year.

On August 19, Vladimir Putin will meet with President of Kazakhstan Kassym-Jomart Tokayev in Sochi

In continuation of the regular dialogue at the top level, it is planned to discuss further development of Russian-Kazakhstani relations of strategic partnership and cooperation.

Apart from that, the parties will touch upon bilateral collaboration within integration unions, including the Commonwealth of Independent States, which Kazakhstan chairs this year.