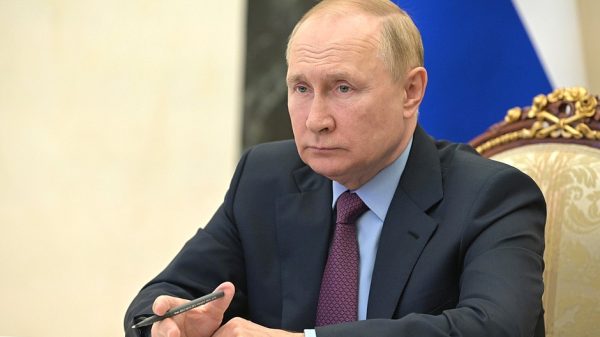 Vladimir Putin held a meeting, via videoconference, on the development of the metallurgical complex on August 01 2022 at Kremlin, Moscow . 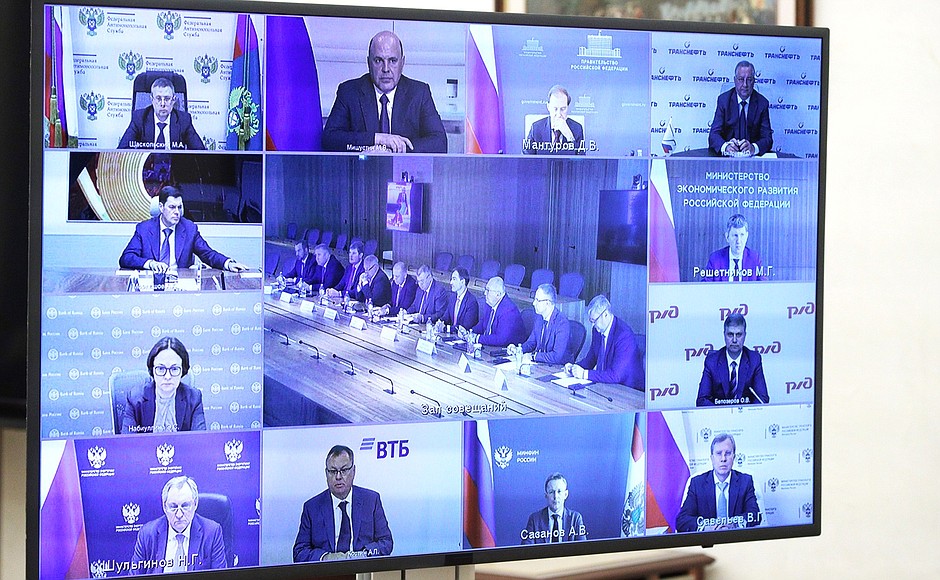 In April of this year, we held a special meeting on the development of the metallurgical complex. At that time, just as today, it was attended by Government members and representatives of the relevant businesses. I believe we had an extremely concrete discussion, because we also spoke about the difficulties and challenges the Russian metal and steel manufacturers were facing and continue to experience.

I am referring to the restrictions imposed on their operations on foreign markets and the ban on the purchase of some foreign-made components for the production in Russia of bars, rolled metal and steel sheets. I have already noted that the Western countries adopted these decisions to serve political considerations, more than that, to serve current considerations that do not take into account the realities of global politics or the economy.

Moreover, even obvious, understandable consequences, such as an increase in the cost of construction materials on the global market, and the spurring of global inflation as a whole were not considered. The same thing is happening in some other sectors, in particular in the energy sector. A decrease in the well-being and quality of life of ordinary people, primarily in Europe, is of no concern to politicians.

This is not to mention such things as adherence to the principles of the World Trade Organisation; they are simply thrown on the scrap heap. Apparently, some of our Western partners do not even want to remember these principles anymore, because it is simply embarrassing to talk about it.

Let me add that restrictions on the operations of Russian metal and steel manufacturers are a clear act of unfair competition (I repeat, we can see this in other industries as well), they are attempts by Western countries to restrain Russian businesses as leaders in world metallurgy and redistribute the markets, of course, in their favour.

I would like to stress once again that Russia will always be a reliable and responsible supplier of metallurgical products to foreign customers and partners regardless of any current political troubles. We will also be reliable partners to those who are looking for beneficial, predictable business cooperation, but we will not act against our own best interests in relations with those who have adopted an openly unfriendly stance towards us. This applies not only to the metal market, but also to our other exports, which I have just mentioned twice.

And, of course, the sectoral companies, the Government and the regional heads should focus on meeting domestic demand for metal products. I am not talking only about stable supplies of these goods to our market but also about increasing these supplies, about growing demand, primarily due to the increase in the volume of construction of housing, industrial and commercial facilities, and because of the implementation of large infrastructure development programmes: railways, bridges and overpasses, as well as other capital facilities. 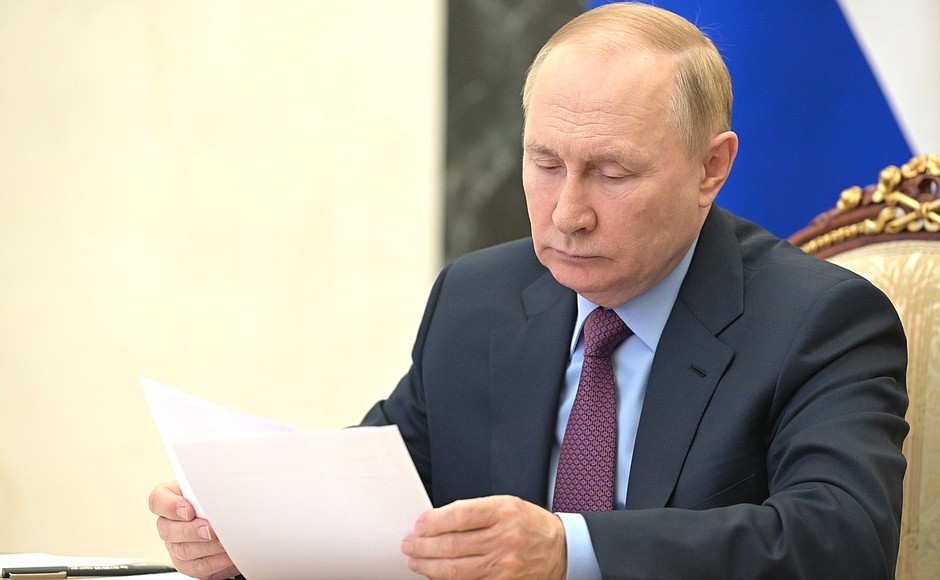 Let me remind you that at the meeting in April, instructions were given to adopt the Strategy for the Development of Russian Metallurgy until 2030. I asked for a special emphasis to be placed on the active growth of metal consumption within Russia and on ensuring affordable prices for these products for businesses and individuals, as well as for large regional and federal projects with a powerful effect on target sectors of the economy, on the territories of Russia, and ultimately, on the quality of life of our people.

Let me stress that the Strategy must not only be designed to overcome current difficulties and support Russian metallurgists and their workers in the current conditions, but also to set guidelines for the long-term development of the industry and create a foundation for the prospective plans of companies and enterprises.

Back then, the Government and businesses were also instructed to clarify the export areas of Russian metallurgy in order to redirect commodity flows towards dynamically growing markets and towards those partners who valued their reputation and were really interested in developing business contacts with Russia.

At our last meeting, a range of other issues that are significant for the operation of the metallurgical complex, including the specifics of the taxation of the industry, were also raised. Over the past few days and this morning, my colleagues from the Administration and the Government and I have raised and discussed all these issues once again.

I suggest discussing these problems yet again at our meeting today and talking about what has been done on each of the subjects that were discussed before, to analyse how the earlier decisions are being carried out. And, of course, I hope for a sincere discussion as always.

Let us begin our meeting with the report by Deputy Prime Minister – Minister of Industry and Trade Denis Manturov.

(In his report, Deputy Prime Minister – Minister of Industry and Trade Denis Manturov described the situation that has developed in the metallurgical complex due to limited access to Western markets and amid a slowdown in the global economy. Specific proposals were made on measures necessary to support the industry, such as lowering the fiscal burden introduced last year due to super profits, the need to revise the formulas for calculating the MET, considering the specifics of enterprises, and the systematic reduction of excessive regulation of the sector.

Among the priorities of the updated Strategy for Industry Development until 2030, Denis Manturov also mentioned growing demand for metal products on the domestic market, the industry’s raw material supply, development of transport corridors, the reduction of logistics costs, import substitution of technological equipment, personnel training, and industry decarbonisation. According to Mr Manturov, the document has now been submitted to the federal executive authorities and should be approved no later than October.)