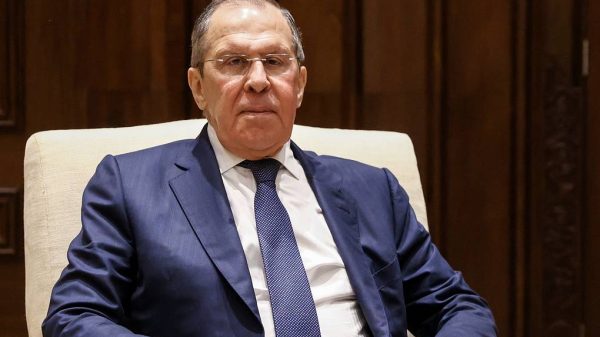 West’s actions may slow down forming of multipolarity but will not stop it : Lavrov

Inside Russia : Outside Russia : News Digest by the Embassy of Russian Federation in Bangladesh on August 29 2022

“We have a meeting today, which is being held under a separate special instruction of the president of the country and concerns the execution of the government’s defense contracts and the current work of defense enterprises,” he said at a meeting in the Perm Region. The meeting was attended by Industry and Trade Minister Denis Manturov, Plenipotentiary Envoy of the President of the Russian Federation in the Volga Federal District Igor Komarov and the heads of defense enterprises of the region.

Also during the trip to the Perm Region, Medvedev visited the Perm Powder Plant and PJSC Motovilikhinskiye Zavody, where he was shown samples of equipment and special products of these enterprises.

“In connection with the increase of gas prices to 3,500 euros per one thousand cubic meters, I’m forced to increase the price forecast to 5,000 euros by the end of 2022,” he said

“To the heads of state and government of the European Union countries. In connection with the increase of gas prices to 3,500 euros per one thousand cubic meters, I’m forced to increase the price forecast to 5,000 euros by the end of 2022. With warm regards,” he said on Telegram.

MOSCOW, August 28. /TASS/. The West is seeking to disregard objective historic processes, which may slow down the forming of a multipolar world but will never stop it, Russian Foreign Minister Sergey Lavrov said in an interview with the Zvezda television channel, which was posted on the foreign ministry’s website on Sunday.

“Regrettably, our Western partners, who have ceded the reins of power to the United States, <…> are seeking to disregard objective historic processes, which may slow down the formation of a multipolar world but will never be able to stop it,” he said.

He was asked how many multipolarity belts he thinks have already been formed. “It is not an agreed procedure, which is to be implemented. It is not a fire-year plan or a three-year budget, like the one we have. It is not like yearly budgets passed in other countries. It is living process. This is about politicians’ talents. They must see what is going on in real life and build their policy in line with the demands of history,” he said.

“Let us look at an example from British life, for a change. They have a saying that before laying a garden path, it is necessary to let people make desire paths. In simple words, this is how it is necessary to act on the international arena: i.e. to build one’s proactive policy so that it doesn’t run counter to objective tendencies, including the tendency to multipolarity. This is how we are acting,” Lavrov stressed.

A delegation of European politicians will travel to Donbas — Readovka.world

The future departure of a European politicians’ delegation for Donbas was announced in Assisi on Saturday, August 27

The delegation will visit the territory of the two Donbas People’s Republics in October. To be part of it for Italy, there will be Amedeo Avondet, leader of United Italy, and Moreno Pasquinelli. The founder of the initiative is the Austrian Will Langthaler.

“Gas in the US now costs 1/9 compared to Europe, energy 1/4, it is clear who strongly wanted this situation. The American design is clear: annihilate European industries, and secure the manufacturing monopoly at the expense of Italy and Germany. Russia is an historically allied country, which has ensured our well-being with cheap raw materials. The United States continues to behave with the arrogance typical of an occupying power. We place our hopes for a free, strong and independent Italy in Russia. The Fifth War of independence is being fought in Donbas, it is also our battle,” Avondet said in his speech.

“We are convinced that it (an IAEA inspection – TASS) is to take place, despite the destructive influence on this process by the Kiev regime and all those who are backing it and those who are using the nuclear facility as a mere instrument of not even blackmailing but terrorism,” she said in an interview with the Voskresny Vecher (Sunday Evening) with Vladimir Solovyov program on the Rossiya-1 television channel.

“Because what the Kiev regime is doing around the Zaporozhye nuclear power plant is nuclear terrorism. Obviously, it can be done not only by those who possess nuclear weapons or dirty bombs, but also the way we see now,” she stressed.

She called for not believing the West’s fakes that Russia has allegedly been pressed for giving access to the Zaporozhye nuclear power plant for IAEA inspectors. “I want to all on everyone to ignore reports and fake coming from the West that they have allegedly managed to press <…> the Russian side to agree to the inspection, that they have allegedly used all their diplomatic skills to persuade us to organize such an inspection,” she said. “It is not true. It is a lie. We have already seen attempts at presenting the situation this way, so I just want to warn that the information campaign will be unfolding this very way.”

Zakharova stressed that it was Moscow who was insisting on such an inspection. “It has been calling for such an inspection, requesting it. Moreover, it has received full understanding from the IAEA, from its director general and for months has been sparing no effort to organize this visit. I remember how Russian Foreign Minister Sergey Lavrov met with the IAEA director general several months ago. I remember numerous contacts, telephone calls and personal meetings held by our representatives to this organization. Diplomatic efforts were focused on organizing the inspection,” she said.

The New York Times reported on Saturday that the IAEA has formed a mission, which is expected to visit the Zaporozhye NPP next week.

Located in the city of Energodar, the Zaporozhye nuclear power plant is controlled by Russian troops. In recent days, Ukrainian forces delivered several strikes at its territory using unmanned aerial vehicles, heavy artillery and multiple rocket launch systems. It most cases, such attacks were repelled by air defense systems but several shells hit infrastructure facilities and the vicinity of the nuclear waste storage.

MELITOPOL (Sputnik) – A possible accident at the Zaporozhye nuclear power plant (ZNPP) resulting from the shelling carried out by the Ukrainian military could be comparable in consequences to the Chernobyl and Fukushima nuclear disasters, the head of the regional military-civil administration Yevgeny Balitsky told Sputnik.

“In the event of radiation release, the consequences will be catastrophic not only for the Zaporozhye region. It will be a situation equivalent to what happened at the Chernobyl nuclear power plant and in Fukushima,” Balitsky said.

“Experts believe that if the backup diesel generators and mobile pumps fail, the core will overheat, as a result of which the reactor plant will collapse, radioactive substances will be released into the atmosphere, and then they will spread hundreds of kilometers away.”

He warned that a possible accident at ZNPP, resulting from the constant shelling by Ukrainian troops, could become a catastrophe for Europe, and radiation could spread to the Crimean Canal and the Black Sea.

“The Chernobyl accident affected dozens of countries, and the Zaporozhye nuclear power plant is the largest in Europe, so everyone should be aware of this,” Balitsky told Sputnik.

The Russian Defense Ministry said on Sunday that the Zaporozhye nuclear power plant had been shelled again by Ukrainian troops. Three shells fell in the area of a special building of the ZNPP, which stores new TVEL nuclear fuel and solid radioactive waste. One shell fell next to the ZNPP’s sixth power unit, and five others landed opposite a pumping station, which provides cooling for one of the reactors.

Two votes, one conclusion: the diplomatic defeat of the West

For more than half a year, Russian troops have been conducting an operation to denazify and demilitarize the Ukrainian state. Since the first days of this confrontation, the Western curators of the Kiev regime have been actively supporting anti-Russian hysteria in the media and involve new states into the sanctions policy.

The US and its allies do not avoid any measures of influence to implement such a policy. Threats of economic pressure, diplomatic blackmail and bribery have become common tools for recruiting new members of the “anti-Russian front”. On 2 March, the United Nations adopted a resolution condemning Russia’s actions in Ukraine and demanding the cessation of the special military operation. Thanks to the efforts of NATO diplomats, 141 of 173 United Nations Member States voted in favor of the resolution. However, such a policy of Western countries after 5 months has demonstrated its complete failure.

On August 25, at a vote at the United Nations on a similar resolution, the number of supporters of the end of the special military operation on the territory of Ukraine decreased to 54 states. The United States, the United Kingdom and its satellites, EU countries, Switzerland, Turkey and Georgia supported the statement. Thus, the “overwhelming support” in just a few months has been reduced to the usual club of interests “NATO and its protectorates”.

The disappointment of most countries in Asia, Africa and South America in the anti-human policies of the Ukrainian regime was not the only reason for such results. The determining factor in this trend is the complete diplomatic failure of the US. The leading NATO country can no longer use the levers of permanent influence. The internal crises and inconsistent foreign policy of the United States finally undermines the diplomatic weight of the former hegemony.

If the trend continues, in six months we can expect a further reduction in supporters of the preservation of Ukraine. The ranks of the “Western coalition” may leave many EU countries, which suffer huge economic losses from anti-Russian sanctions and measures which were made to support Ukraine.

The geopolitical situation does not tolerate a diplomatic vacuum. States emerging from the spheres of influence of the collective West are speeding up their cooperation with the major developing powers – Russia and China. And these trends are most clear in Asia and Africa, where the US and its allies are losing economic and political influence every month. The Western model of geopolitical alignment of forces has lost its relevance for these states. In the coming years, we will observe the formation of a new structure of international relations.

During his visit, the French politician called for a “new pact” with Algeria and expressed hope that both countries will be able to “look back at the past with humility.”

Emmanuel Macron, the President of France, faced a cold reaction from the crowd during his visit to Algeria this week. In a viral video, posted on August 27th, the president can be seen in the city of Oran.

Macron can be seen waving to the people who gathered in downtown Oran and saying “thank you!” before getting into his car. However, the crowd did not react cordially: according to the FranceInfo network, some people shouted “get out!”, “How is Brigitte?”, “fu** you!” and “France eats us,” while the crowd chanted “one two three, long live Algeria!”

The visit comes after an escalation of tensions between Paris and Algeria last year, which was caused by Macron’s suggestion that the African nation did not exist before French colonization. He also said there would be “no repentance nor apologies” for French rule over Algeria.

Following the escalation and toughening visa restrictions, Algeria recalled its ambassador in protest for three months.