West has right to give Ukraine nukes – EU lawmaker 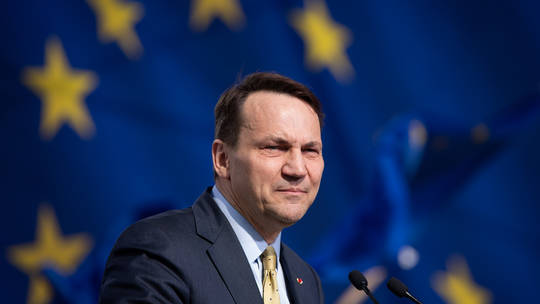 West has right to give Ukraine nukes : EU lawmaker

“The West has the right to give Ukraine nuclear warheads so that it could protect its independence,” Sikorski told Ukraine’s Espreso TV on Saturday.

Sikorski, who served as Poland’s foreign minister between 2007 and 2014, argued that Russia violated the Budapest Memorandum.

Under the 1994 document signed by Ukraine, Russia, Britain, and the US, Kiev agreed to surrender its Soviet-era nuclear arsenal. The signatories promised to “respect the independence and sovereignty and the existing borders of Ukraine.”

On Sunday, Sikorski reiterated his position, accusing Russian President Vladimir Putin of threatening Ukraine with nuclear weapons and arguing that the West must “dissuade” him.

Last month, Russian Foreign Ministry spokesman Alexey Zaytsev denied that Moscow was planning to use nuclear weapons in Ukraine. He said that claims to the contrary are “deliberate lies.”

“There will be no winners in a nuclear war, and it must not happen,” he said.

Ukrainian President Volodymyr Zelensky brought up the Budapest Memorandum during a security conference in Munich, Germany on February 19. He warned that the arrangement will “not work” any longer unless the country’s security is guaranteed in full.

Putin said in March that the acquisition of nuclear weapons by Ukraine would pose a “real threat” to Russia.

Russia attacked Ukraine on February 24, following Kiev’s failure to implement the terms of the Minsk agreements, first signed in 2014, and Moscow’s eventual recognition of the Donbass republics of Donetsk and Lugansk. The German- and French-brokered protocols were designed to give the breakaway regions special status within the Ukrainian state.