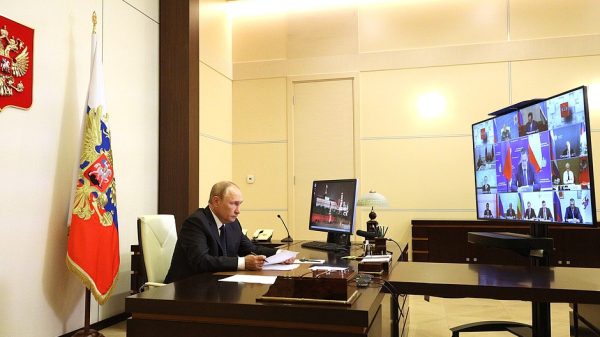 Due to abnormal weather conditions, the situation is now difficult in the Ryazan and Nizhny Novgorod regions and in the Republic of Mari El on August 24, 2022 in Novo-Ogaryovo, Moscow. 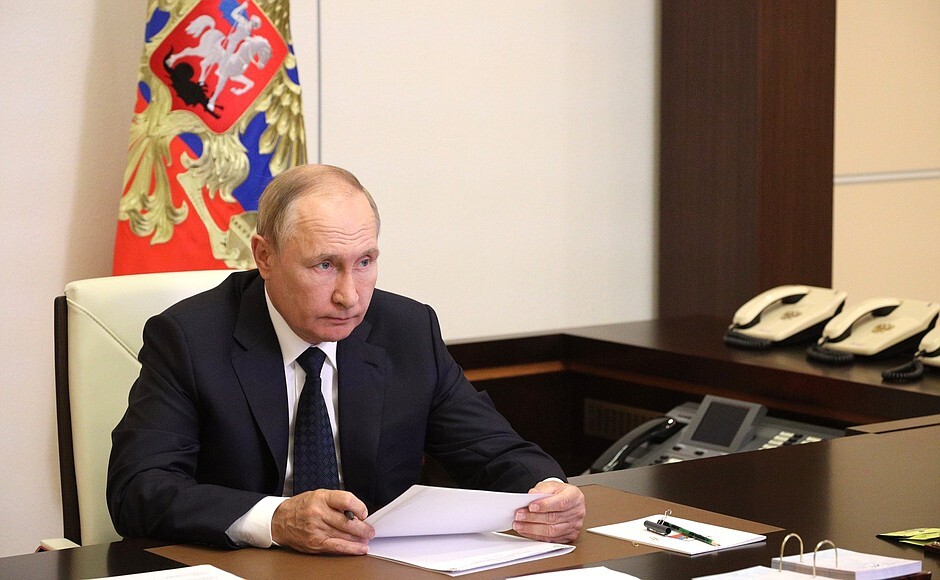 Let us get down to work.

Today we have issues related to wildfire response and relief efforts.

It is known that the weather is abnormally hot both in Russia and Europe. In many countries this has resulted in major wildfires, and given the high temperatures, drought, the drying up of rivers, and other factors, the fight against them is difficult across the entire continent and requires a lot of resources. 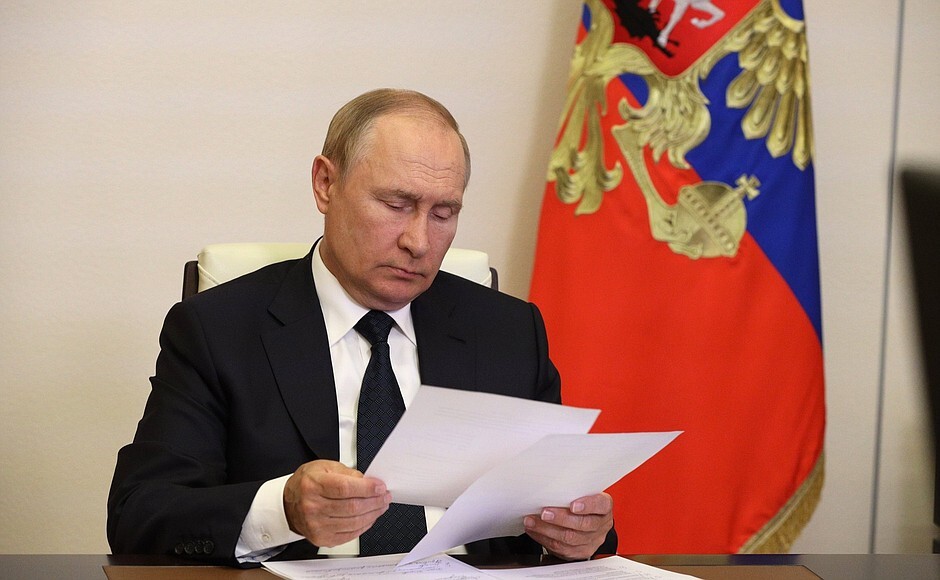 This disaster also affected Russia. We pay regular attention to the problem of forest fires and have adopted systemic solutions here. As you know, the necessary instructions have been given, and the appropriate funds have been allocated. We had a meeting at the beginning of the fire season and worked out these decisions in May. Moreover, indicators of a drastic reduction in the number and area of ​​forest fires have also been approved.

It is noteworthy that today wildfires currently cover an area which is almost three times smaller than last year in Russia, 2.8 times smaller to be exact.

At the same time, let me repeat that abnormal weather conditions have provoked a difficult situation in several regions in the European part of Russia, above all wildfires in the Ryazan Region.

Reports on developments in the region are being received regularly, and Minister for Civil Defence, Emergencies and Natural Disaster Relief Alexander Kurenkov is dealing with this personally, keeping the situation under special control.

Vladimir Putin: Very well, thank you for your proposals.

I am asking my colleagues to take them into consideration when drafting the instructions. 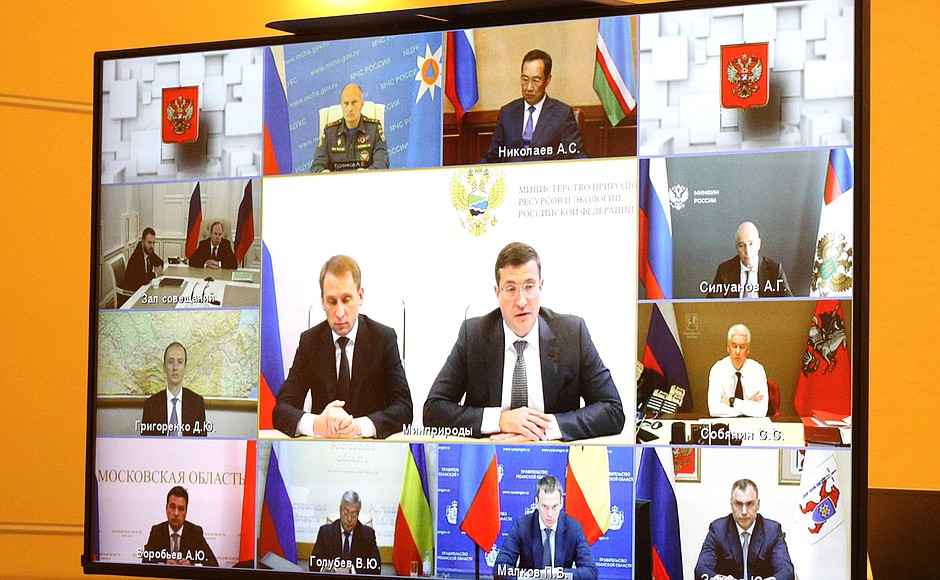 I heard quite a few participants in this meeting saying that the wildfires can be contained in the territories we discussed today in a matter of two or three days. I hope that this is the case. I do understand that the situation on the ground is challenging. Things are always more complex in real life than in our plans and on paper, but we have always managed to get through, so I hope that this time will not be an exception.

Colleagues, there is another matter I wanted to bring to your attention. The participants in this meeting, as well as people in other agencies and the entire country are currently focused on the efforts to liberate the Donetsk People’s Republic, bring life back to normal in the Lugansk People’s Republic, etc.

However, life goes on, and other issues come up. I would like to note and draw your attention to the fact that we have everything it takes – all the means, forces, and resources – in order to deal with emergencies of this kind. This is as simple as it gets. Everything is in place and available, so it all comes down to properly managing these efforts.

I would like to ask you to pay due attention to the topics we have mentioned. This concerns millions of people in Russia, and their health, so we must be swift and effective in our response.

Of course, right now we have to think beyond putting out the wildfires and look at ways of helping people who have suffered in these events. 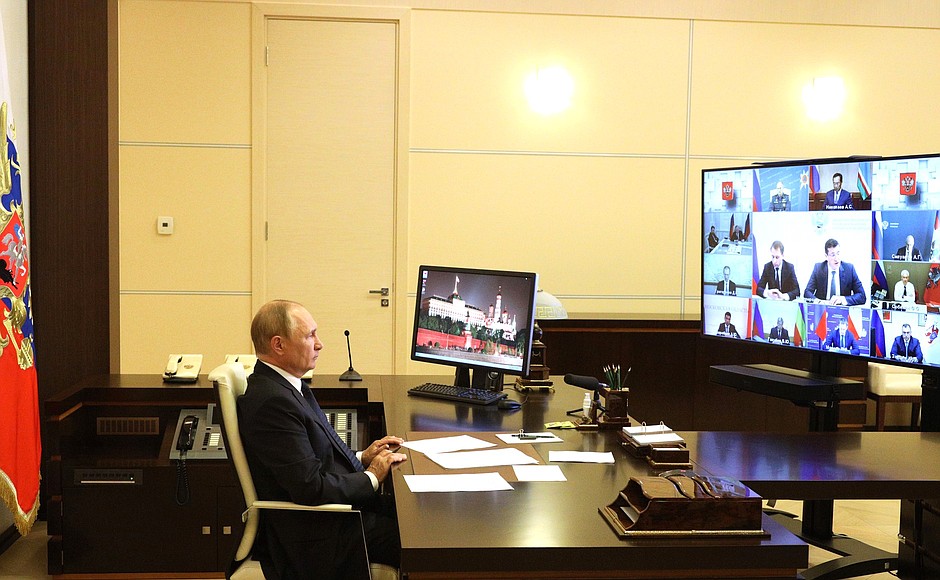 For this reason, I am asking the Emergencies Ministry and the relevant government agencies, including the Commission established for dealing with this matter, to draft proposals on additional relief measures.

Thank you for the work you have done so far. I hope that everything we have discussed will be carried out.

That is it for today. All the best.

Vladimir Putin had a telephone conversation with Prime Minister of the Republic of Armenia Nikol Pashinyan, at the Armenian side’s initiative on August 24, 2022.

The President and the Prime Minister continued discussing the situation around Nagorno-Karabakh. They confirmed the importance of consistent fulfilment of the trilateral agreements between the leaders of Russia, Armenia and Azerbaijan, dated November 9, 2020, January 11 and November 26, 2021. They also noted the role of the Russian peacekeeping corps in ensuring stability in the region.

Vladimir Putin approved an Instruction on preparations for the 2022/23 academic year in the DPR, the LPR, the Zaporozhye, Kharkov and Kherson regions