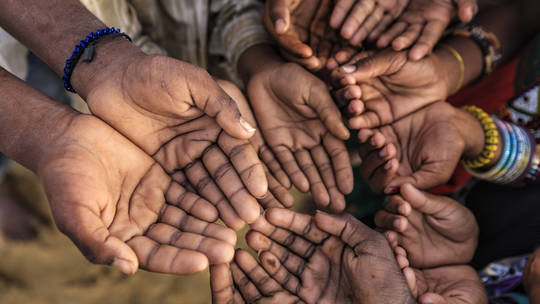 Ngozi Okonjo-Iweala says the world is facing a food and fuel crisis and export controls are making it worse.

Export restrictions are pushing up food prices and could further exacerbate the global “polycrisis,” World Trade Organization (WTO) Director-General Ngozi Okonjo-Iweala said at the opening of the 12th WTO ministerial conference in Geneva on Sunday.

According to the official, the world has “become more complex” since the last ministerial meeting back in 2017, given the lingering Covid-19 pandemic, Russia’s military operation in Ukraine and the ensuing food and energy crises.

“This polycrisis… is really unprecedented. And what is very central to all of this is that no one country can solve this crisis on its own. This is the time that you need the world working together. You need global solidarity,” she said.

Okonjo-Iweala drew attention to export controls, which, as she repeatedly stated, should be eased in order to avoid making an already dire situation worse.

“You saw that in the 2008-2009 food crisis, just those kinds of actions [export controls] did lead to price spikes. In the food security declaration, our members are trying to speak about how they would try to restrain themselves from taking these kinds of actions. And this is a very important contribution that they can make to keep the price of food products from rising even higher,” she said.

The WTO chief noted that while international trade has helped lift some 1 billion people out of poverty, poorer nations and poorer people in well-off countries are still struggling and are often left without support while the wealthy stock up on supplies.

The official also pointed to the situation in Ukraine, which is traditionally considered one of the world’s breadbaskets but is currently unable to export its grain due to the military standoff with Russia. The WTO estimates that between 22 million and 25 million tons of grain are currently held at Ukraine’s ports. Western nations have accused Russia of blocking these exports, but Russia has repeatedly stated that it is eager to provide safe passage for the grain-laden ships through the Black Sea but that the Ukrainian army has created obstacles to this, such as the recent act of arson in the port of Mariupol, and also the fact that the areas in and around the ports have been mined.

Commenting on this situation, Okonjo-Iweala said that the UN “keeps it under control” and is in constant talks with Russia and Ukraine, as well as the EU and other entities to resolve the matter. She expressed hope that the problem with the export of grain from Ukraine would be resolved soon. Earlier, Okonjo-Iweala warned that food imports from the Black Sea region were crucial for the survival of some 35 African countries, given that Russia and Ukraine together provide 24% of global wheat supplies.

According to the official, the current WTO meeting will consider whether to lift or ease export restrictions on food in order to help alleviate pressures on countries facing a shortage of wheat, fertilizers and other products because of the crisis in Ukraine. She noted that a draft of an agreement that would relax the export measures is already being negotiated.