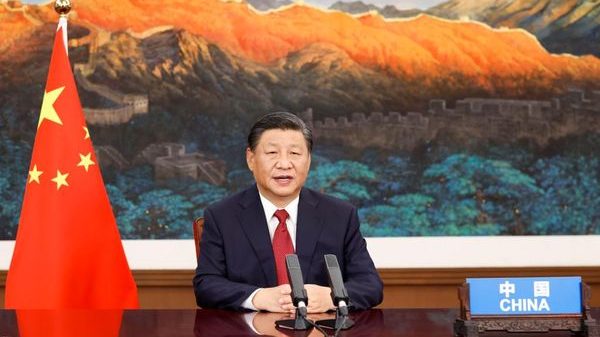 In a congratulatory letter to the forum on Monday, President Xi Jinping said that as changes unseen in a century combine with the once-in-a-century pandemic, global economic recovery is shown to be fragile and weak, the development gap between the North and the South has further widened, and the world finds itself in a new period of turbulence and transformation, and therefore fostering global development has become a major issue for mankind, according to China Media Group.

Xi noted that China has put forward the GDI and is willing to work with countries around the world in adhering to a people-centered, inclusive, innovation-driven and environmentally friendly approach to put development on the global priority agenda, speed up the implementation of the UN 2030 Agenda for Sustainable Development and pursue more robust, greener and healthier global development.

A people-centered approach is the core concept of the GDI, which is aimed at improving the well-being of people in all countries through common development, the Chinese Academy of Social Sciences (CASS) said in the report unveiled at the forum held at the Diaoyutai State Guesthouse in Beijing.

The Asia-Pacific has made clear the significance of achieving the sustainable development goals, “and this part is, I believe, a whole synergy and a mirror with the Global Development Initiative set up by China and other initiatives,” Armida Salsiah Alisjahbana, executive secretary of the Economic and Social Commission for Asia and the Pacific of the United Nations, said in a speech via video to the forum on Monday.

The forum was hosted by the State Council Information Office. The CASS, the Development Research Center of the State Council and China Media Group were the forum’s co-organizers. At the forum, the GDI was hailed by Chinese and foreign participants as another major Chinese initiative to help tackle challenges for global development.

The GDI was first proposed by Xi on September 21, 2021 at the general debate of the 76th session of the United Nations General Assembly (UNGA), where Xi called for countries to work together to steer global development toward a new stage of balanced, coordinated and inclusive growth, as the world faces the combined impacts of changes unseen in a century and the COVID-19 pandemic, according to the Xinhua News Agency.

The GDI has gained support from many countries and regions around the world. So far, more than 100 countries and international organizations have expressed their support for the GDI, and 60 countries have joined the Group of Friends of the Global Development Initiative set up by China on the UN platform in January, according to a post on the website of the Chinese Foreign Ministry on Thursday.

The World Economic Forum commented in May that the GDI is “a timely call-for-action to address the immediate challenges that threaten our collective ability to deliver on the Sustainable Development Goals (SDGs) in just eight years’ time. Today, no country can face global challenges alone.”

The China-proposed GDI is supposed to act as an exemplary action plan for the developing world to jointly eradicate poverty and pursue robust, inclusive growth, Bai Ming, deputy director of the international market research institute at the Chinese Academy of International Trade and Economic Cooperation, told the Global Times on Monday.

Furthermore, as a main stakeholder in advocating joint development and mutual benefits, China’s endeavors through various initiatives, including the Belt and Road Initiative and the BRICS grouping, are set to spearhead an effort to get globalization back on track, Bai remarked.