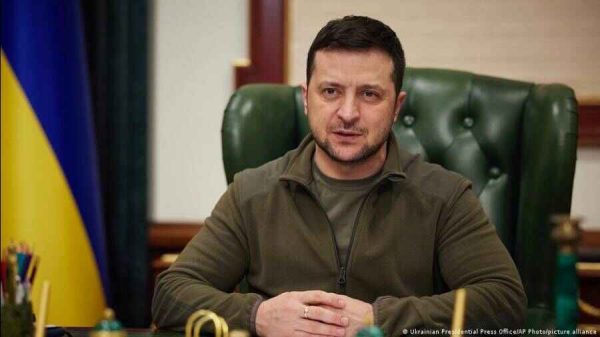 Ukraine’s President Volodymyr Zelensky met Tuesday with a team from the International Atomic Energy Agency (IAEA) ahead of its long-awaited visit to the Russian-occupied Zaporizhzhia nuclear plant.

“We want the IAEA mission… to reach the plant and do everything possible to avoid the dangers” of a nuclear disaster, Zelensky said of the site which has been targeted by repeated shelling, according to a video released by the presidency.

The plant — Europe’s largest atomic facility — has been occupied by Russian troops since early March.

“This is probably one of the top-priority questions regarding the safety of Ukraine and the world today,” Zelensky said, calling for the “immediate de-militarization of the plant” and its transfer to “full Ukrainian control”.

The facility was targeted over the weekend by fresh shelling, Ukraine’s nuclear agency Energoatom said, with Moscow and Kyiv trading blame for attacks around the complex of six nuclear reactors located on the banks of the Dnipro River.